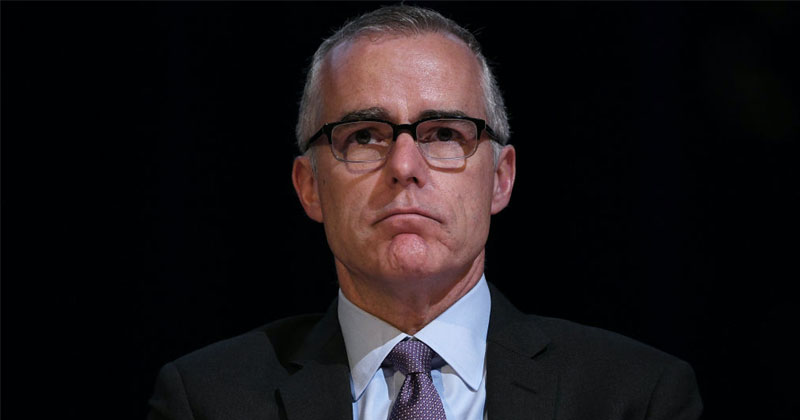 In a move further showcasing his political bias against President Trump, disgraced former FBI Deputy Director Andrew McCabe is set to headline a Democrat fundraiser in Pennsylvania later this month.

According to the Pennsylvania Democratic Party’s website, McCabe is scheduled to be the keynote speaker at a fundraising banquet for the Lancaster County Democratic Committee, whose ticket cost ranges from $80 to $160.

The event says McCabe will discuss:

– The Firing of FBI Director James Comey and the fallout and aftermath
– Russian meddling in the 2016 election
– Mr. McCabe’s one-on-one interactions with Donald Trump during his tenure
– The Mueller investigations and report

“Lest anyone thinks this will be a gloomy take on things, Mr. McCabe says he is sure there are brighter days ahead and will talk about why he feels this way,” the local party writes. “Please join us for what is sure to be one of the most interesting evenings we have ever had!”

McCabe was fired from the FBI in 2018 after its own Office of Professional Responsibility concluded he lied to investigators about leaking to the press.

McCabe insisted he was unbiased in his investigation of Trump, but after his firing he abandoned all pretense of impartiality, writing a book called, The Threat: How the FBI Protects America in the Age of Terror and Trump, which NPR called the “darkest vision of [the] Trump presidency yet.”

At this point, he’s taunting investigators and the American people that the FBI counterintelligence investigation into Trump was designed to remove him from office.

The Department of Justice is reportedly close to determining whether to indict McCabe, as Inspector General Michael Horowitz’s FISA report is set to be released in weeks.