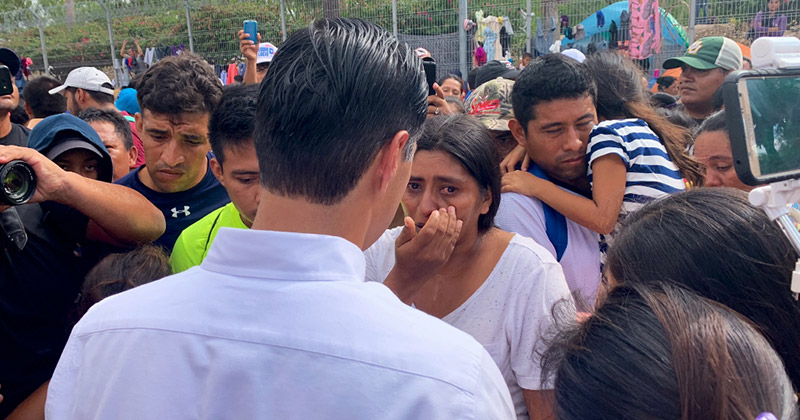 Democrat presidential hopeful and former Obama Cabinet member Julián Castro escorted a group of 12 illegal immigrants from Mexico into Texas on Monday, only for them to be instantly sent back to Mexico.

The botched publicity stunt took place near Brownsville, Texas where Castro walked across a bridge from Matamoros, Mexico with eight LGBT illegal immigrants and a deaf Salvadoran woman, accompanied by her three family members.

The presidential candidate was attempting to help the group claim asylum in the United States, but the Trump administration’s “Remain in Mexico” policy ensures border crossers aren’t released into America and instead are to remain in the country until their asylum pleas are adjudicated.

With nearly half of illegal immigrants failing to appear at their court hearings in 2017, this policy helps the U.S. sort out legitimate asylum claims from those who are taking advantage of our failed border policies.

However, Castro says “cruelty is the point” for Donald Trump.

For Donald Trump, the cruelty is the point.

His immigration agenda has created the conditions on our border—conditions only bound to get worse. We are better than this. pic.twitter.com/Uq57Ubc8XZ

The Democrat also claimed Trump’s “agenda is killing people – and it’s on purpose.”

Watch below as Castro speaks with CBP agents after accompanying the group across the international bridge.

.@JulianCastro is speaking to CBP officials right now. Agents went back into their offices. We are waiting to hear back if our clients will be allowed into the United States to pursue their asylum cases. #LetThemIn pic.twitter.com/6CPjxUtya0

.@JulianCastro, our team, and the community are walking over to the international bridge so that our clients can present their legal documents requesting an exemption under "Remain in Mexico."#LetThemIn pic.twitter.com/Ox1kMj0PFy

Hours later, the Texas Civil Rights Project released a statement saying all 12 individuals were sent back to Mexico.

In July, another Democrat presidential candidate, Cory Booker, escorted five illegal immigrants across the border in a similar stunt.