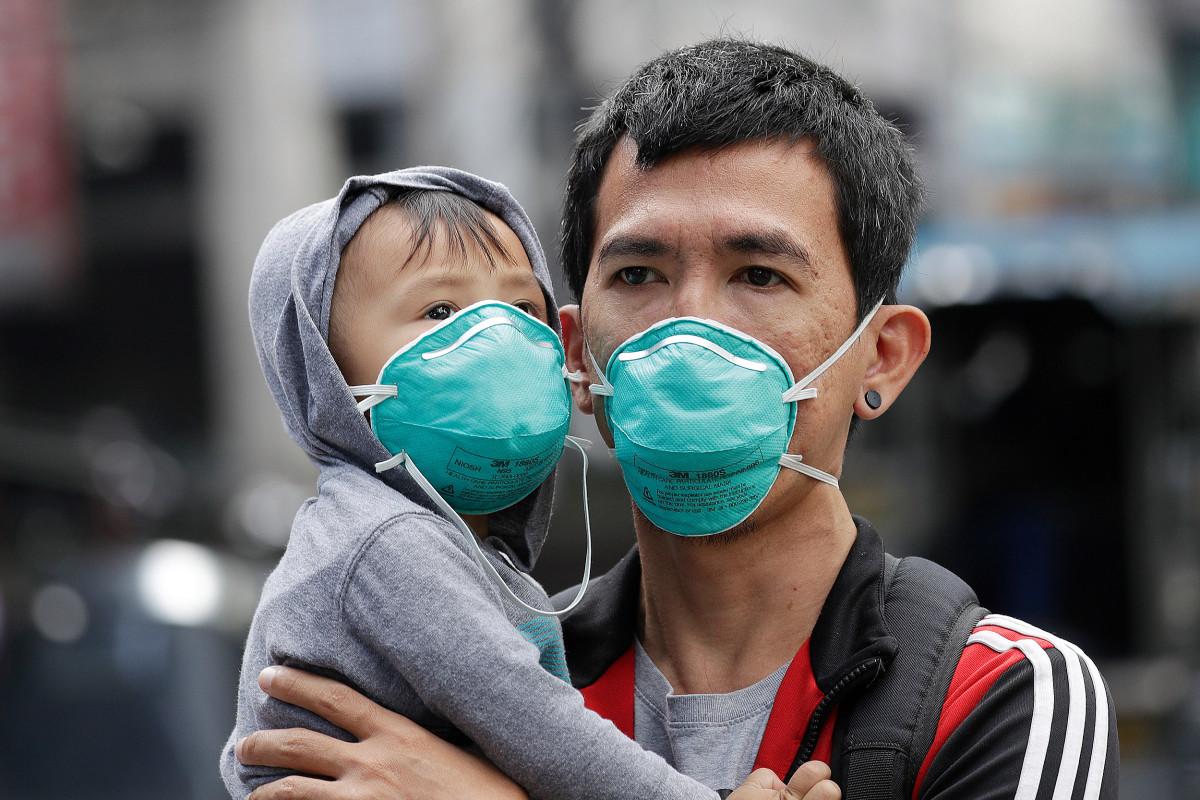 Authored by Alvin Powell via The Harvard Gazette,

As coronavirus cases continue to spread around the world, American officials acknowledged this week that cases of COVID-19, the illness caused by the virus, are likely to become much more widespread across the nation.

That announcement comes amid a rush of developments surrounding the outbreak, including: reports of a potential vaccine, a shift in the majority of new cases to nations outside of China for the first time, the emergence of cases in California and Germany with no obvious source of transmission, the monthlong closure of Japanese schools, and the continued decline in global financial markets over economic downturn fears.

Public health officials, however, have expressed cautious optimism over evidence that China’s drastic control measures, such as strict travel restrictions, lockdown of some cities, and the closure of factories, businesses, and schools, seem to have been effective.

The Gazette spoke with Marc Lipsitch an epidemiologist and head of the Harvard T.H. Chan School of Public Health’s Center for Communicable Disease Dynamics, about the course of the epidemic, including the still-unresolved question of its effect on children.

GAZETTE: For the first time, the number of new cases outside of China was higher than those inside of China. Is that due to the daily fluctuation in case numbers or might it represent an inflection point in the course of the epidemic?

LIPSITCH: I don’t know. I would want to see something happening for several days before characterizing it, but the evidence is now pretty strong that China’s approach to very, very intense social distancing has really paid off in terms of reducing transmission. The WHO mission came back confirming that, and, from what I’ve been able to learn, it really is true. That’s encouraging, but at the same time, other countries are discovering that they have lots of cases and don’t have those kinds of measures in place. I also don’t think that China is out of the woods. I don’t think any country can keep that kind of social distancing in place indefinitely. In fact, China, from what I understand, is trying to go slowly back to work, so there’s a risk that it will resurge there. But in many parts of China it seems like, for the moment, it’s really under control.

GAZETTE: What strikes you as the most surprising development in the last week or so?

LIPSITCH: It’s that clusters of new infections have appeared in nations that nobody would have thought were at high risk compared to places that have more direct contact with China — Iran and Italy being examples. Given those appearances, it’s striking that it hasn’t appeared in more countries like the United States on a bigger scale. Part of the reason the United States hasn’t had many detected cases may be because we’re not testing very heavily. But even so, those countries where outbreaks occurred weren’t testing that heavily either. So I’m a little surprised that we haven’t had an outbreak somewhere in the U.S. so dramatic that we couldn’t miss it.

GAZETTE: Would you recommend that testing here be routine?

LIPSITCH: I would recommend that some routine testing start here. I don’t think it makes sense to do it on a large scale until we know that there’s something to find. But to give a sense of what’s happening elsewhere, Hong Kong, for example, is now testing every hospitalized patient who has a cough. They’re also testing every undiagnosed pneumonia case, which is at least hundreds of tests per day. Guangdong, according to the WHO press conference Tuesday, tested more than 300,000 cases of relatively mild respiratory illness or fever in a three- or four-week period. That is the scale at which a serious testing effort would have to happen. I’m not suggesting we scale up to that level now because it doesn’t make sense to, but we need to know whether there’s transmission going on. We’re not going to find that out if we restrict testing to people who are known contacts of those already infected.

GAZETTE: When does an epidemic become a pandemic? We’ve had several sizable outbreaks in countries outside of China.

LIPSITCH: The terminology is almost unhelpful, I think. A pandemic is sustained transmission of an infection in multiple locations around the globe, and with Iran, Italy, China, Japan, and South Korea, we have that. It’s unnecessary to keep debating the name. I wrote a piece in Scientific American last week about three categories of ideas, ranging from hard facts to fact-based inference to speculation and opinion. When I said I thought there was a pandemic going a few weeks ago, that was fact-based inference. Now, I think, it’s a fact.

GAZETTE: You’ve been quoted you as saying you expect between 40 percent and 70 percent of humanity to be infected with this virus within a year. Is that still the case?

LIPSITCH: It is, but an important qualifier is that I expect 40 to 70 percent of adults to be infected. We just don’t understand whether children are getting infected at low rates or just not showing very strong symptoms. So I don’t want to make assumptions about children until we know more. That number also assumes that we don’t put in place effective, long-term countermeasures, like social distancing for months at a time which, I think, is a fair assumption. It may be that a few places like China can sustain it, but even China is beginning to let up.

GAZETTE: You mentioned children having been hit only lightly by this. What about other parts of the population? What do we know about the impact of this from a demographic standpoint?

LIPSITCH: It’s definitely the case that the older you are, the more at risk of getting infected you are and, if you get symptomatic infection, the more at risk of dying you are. Men also seem to be overrepresented among those getting severe illness. The reasons why are a really important research question. One thing that also needs to be looked at is the impact on health-care workers because they are at high risk of getting infected, and I would like to know whether they’re at higher risk of getting severe infection. Some of the anecdotal cases of young physicians dying make me wonder whether they’re exposed to a higher dose and that’s making them sicker.

GAZETTE: A Cambridge company this week, Moderna Inc., delivered a vaccine candidate to the NIH for human testing, which has been hailed as a remarkable development in such a short time. Does that reduce the minimum one-year timetable we’ve discussed as needed to develop and distribute a vaccine to patients?

LIPSITCH: I don’t know how much things can be shortened — that’s in part a regulatory decision. It’s possible that a vaccine could be rolled out without as much clinical-trial evidence as is usually the case, but I would be cautious about doing that because, while licensed vaccines are beneficial, untested experimental vaccines are sometimes not just ineffective, but harmful. That’s why you do the trials. So we need to move as fast as we can while being appropriately cautious. The phrase “all deliberate speed” is probably relevant here. I would not want to see a vaccine rolled out before we have pretty strong evidence that it’s going to be beneficial.

GAZETTE: Officials at the Centers for Disease Control and Prevention yesterday said an outbreak is very likely here in the U.S. and mentioned “social distancing” as a possible tactic. Can social distancing, without a treatment or vaccine, have a significant impact?

LIPSITCH: It remains to be seen what the impact of different measures would be. I think we can slow transmission through social distancing in a way that would be acceptable to Americans. It happened, for example, in 1918 with the flu. And I think it can happen now. The question is how much and for how long? But delaying infection is good — it can reduce the peak burden on health care, reduce the total number infected, and push more of the infections into the future, when we will understand more about how to treat them.

GAZETTE: What do you think of the president’s comments Wednesday evening that the U.S. is adequately prepared to meet this challenge?

LIPSITCH: I came away from the press conference feeling cautiously optimistic. The president repeatedly praised the scientists and public health officials standing beside him and put the vice president in charge of the response, suggesting he was taking it seriously. And Secretary Azar laid out important priorities including expanding state and local response capacity. As is often the case, many of the president’s individual statements were at odds with his actions and with scientific fact, and he seemed to still be in denial.  And with the news today that the leadership is shifting again and that federal health and science officials will be muzzled from speaking without clearance, my cautious optimism is gone. It is simply authoritarian and un-American for politicians to tell public health leaders what they can and can’t say about a public health crisis.

GAZETTE: The Olympics are scheduled for July in Japan. Can we say now whether it will be a good idea to stage a major international gathering in a few months, or is it too early yet?

GAZETTE: What’s the most important unanswered question to your mind?

LIPSITCH: One of the most important unanswered questions is what role do children play in transmission? The go-to intervention in flu pandemic planning is closing schools, and that may be very effective or it may be totally ineffective. It’s a costly and disruptive thing to do, especially in the United States, because many people rely on school breakfast and lunch for nutrition. So we really need evidence that closing schools would help. We need detailed studies in households of children who are exposed to an infected person. We need to find out if the children get infected, if they shed virus, and if that virus is infectious. The second issue that we should be trying to get ahead of is the extent of infection in communities and in places that aren’t doing extensive testing.

GAZETTE: What do we know about for sure about how children are affected by this virus?

LIPSITCH: We know that the cases of children sick enough to get tested is much lower per capita than those of adults. And we also know that, in China outside of Hubei province, the difference between children and adults is smaller. Children are still underrepresented, but they’re a larger part of the total than inside Hubei province. That would suggest that part of the equation is that they are getting infected but they’re not that sick — it’s easier to identify less-severe cases in a system that’s not overwhelmed as it is in Hubei. But we don’t know whether they’re infected and not as sick or whether there are a lot of kids that aren’t getting infected even when they’re exposed.