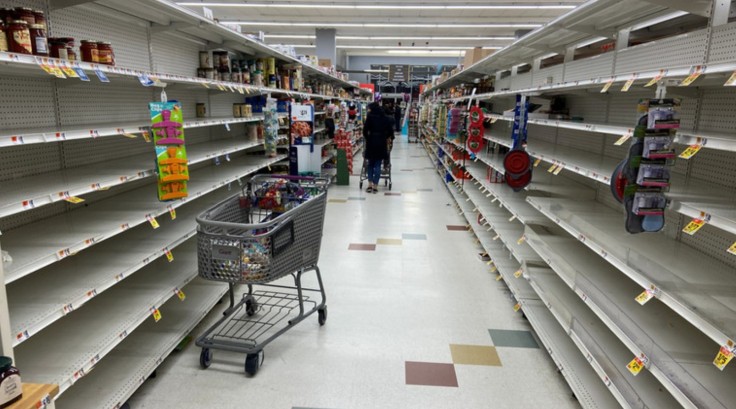 Americans have been bombarded with fake messages stating that President Donald Trump will declare martial law in days. The government had to intervene to prevent a wave of panic.

The seemingly unstoppable spread of coronavirus has already led the government to declare a national emergency over the deadly disease that has so far claimed 41 lives nationwide, and infected more than 1,600 people across the country, according to the Centers for Disease Control and Prevention (CDC).

However, certain unsavory characters apparently decided to exploit the already tense situation to stoke more fear in the hearts of Americans and provoke real panic. People across the US received text messages claiming the president is about to impose martial law in a day or two, while urging people to stockpile supplies. This comes as many shops have already reportedly run out of toilet paper among other things.

It is getting difficult to find toilet paper. pic.twitter.com/6KB4DpeZBr

The messages, citing insider information from “military friends up in DC,” and warning of nothing less than a “two week mandatory quarantine for the nation,” fell on fertile ground. It immediately became a hot topic on social media as people posted thousands of messages on the topic.

Some rushed to break the “bad news” or to wonder if anyone else received the disturbing message. Others said that many of their friends forwarded the messages to them.

More attentive readers noticed, however, that the messages, which were fake, referred to Trump’s plan to invoke the Stafford Act as the reason for claiming martial law is coming.

In fact, the president already invoked the law two days ago when he declared a national emergency. The government unlocked additional powers and funding for disaster response and involved the Federal Emergency Management Agency (FEMA) in the fight against coronavirus – but nothing close to martial law was imposed.

Still, the impact of the hoax apparently reached such proportions that the National Security Council decided it was time to intervene, posting a statement on Twitter saying the text message rumors were fake.

However, this was not enough to convince everyone that there is no possibility of martial law being imposed in a week or two.