SEATTLE — Last Tuesday, a scientist working in a secure upper-floor laboratory in the University of Washington Medical Center’s South Lake Union campus cracked open a vial containing one of the first samples of live SARS-CoV-2 virus, with a goal of better understanding how and why it kills.

The disease caused by the virus, COVID-19, has proved particularly lethal to the elderly and those with underlying health conditions, and the scientists at the school’s Center for Innate Immunity and Immune Disease have been tasked with trying to understand why in these cases the new virus overwhelms the body’s natural defenses, while in most people it causes only moderate or even mild illness.

The new virus has some unusual characteristics that haven’t been seen in other SARS (Severe Acute Respiratory Syndrome) outbreaks, both in the way it attacks the lungs and how it can infect people quietly, where they will have few or no symptoms for days or weeks but still spread the disease, said Dr. Michael Gale, a professor of immunology at the UW and the center’s director. 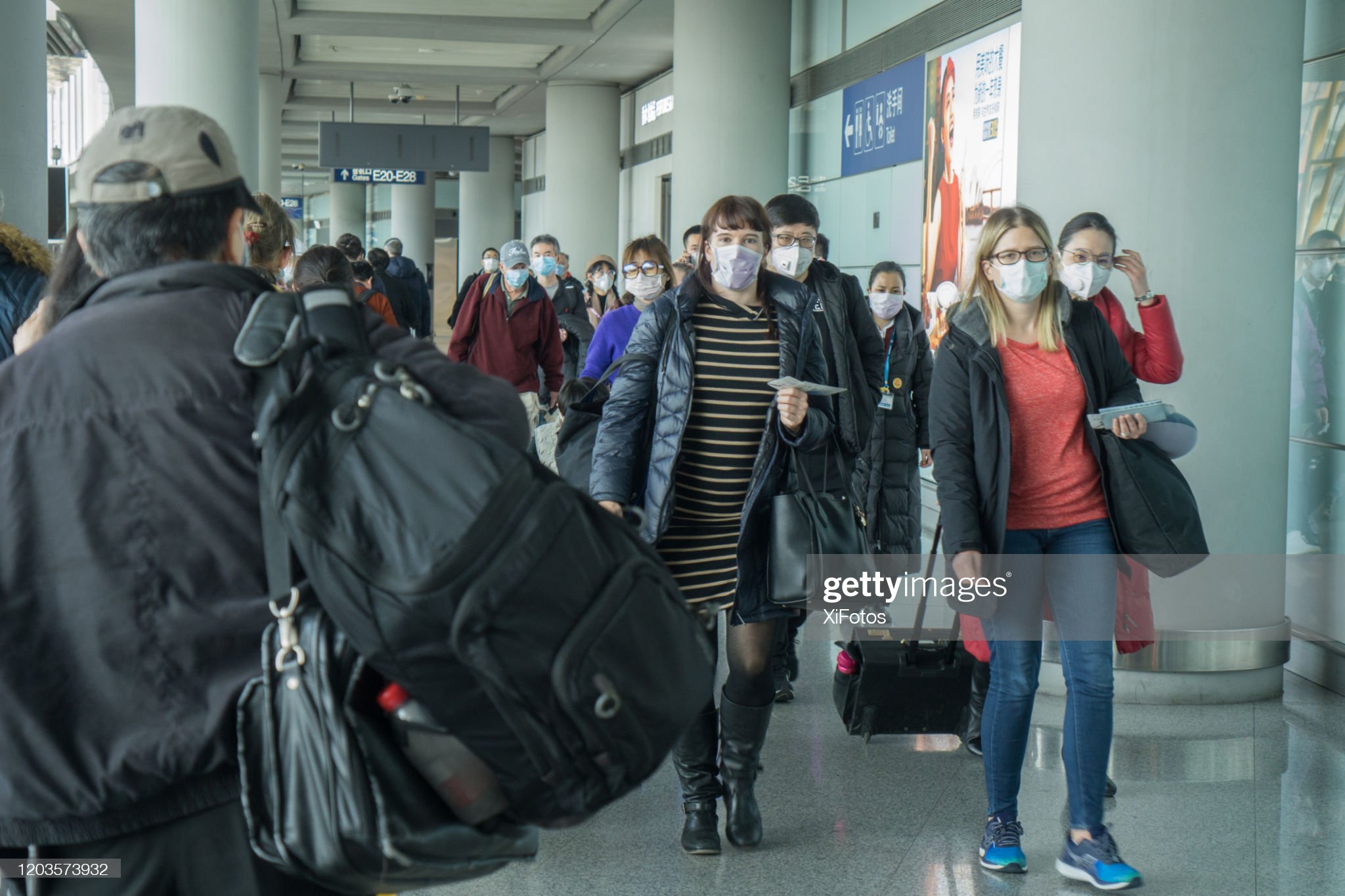 These are all questions that Gale and his team of scientists, working with others around the world, hope to answer as they begin to understand the pathology of the novel coronavirus. That information, in turn, will inform both treatment and prevention of the disease, he said.

“What we do know is that this SARS is very successful in taking over the cell,” he said. So successful, in fact, that the body’s reaction to that takeover can be so violent and overwhelming that, in essence, it ends up killing itself.

Earlier this month, the King County Medical Examiner’s Office released a list of the first 22 people in King County to die from COVID-19 before announcing that it was no longer taking jurisdiction over SARS deaths. The list identified patients, their age and their gender, and listed the cause of death and contributing factors. Gale and another noted immunologist and pathologist, Dr. Julian Leibowitz at Texas A&M University College of Medicine, reviewed the list and remarked on how the information fits with what is known and being learned about COVID-19 and how it attacks the body.

Both were cautious to point out that the information was extremely limited and did not contain autopsy reports, tissue-sample slides or other detailed information they would need to provide anything more than general observations.

Leibowitz, however, said he has reviewed detailed results of a COVID-19 autopsy performed in China and published online. What he was able to glean from the medical examiner’s list led him to conclude the pathology was similar.

“This follows the pattern of SARS in general,” he said. “This virus clearly causes a viral pneumonia” similar to the SARS outbreak in 2003 that infected 8,089 people around the world. Like that outbreak, he said, the chance of serious illness or death is significantly higher in older populations, he said. The average age of the individuals on the medical examiner’s list was 66, with the oldest being 98 and the youngest 44.

But this new coronavirus is likely more infectious, certainly more insidious, and more lethal that the ‘03 SARS virus. That outbreak killed 774 people before being contained in about nine months. COVID-19 has infected more than 208,000 people worldwide and killed nearly 8,700 of them, and has spread into a pandemic.

Leibowitz said one thing really jumped out at him from the King County list: the number of cases of cardiomyopathy, a hardening of the heart muscle that can be caused by a drastic immune response. Four of the 22 King County fatalities had cardiomyopathy listed as the primary cause of death.

Similarly, an article published Thursday in the Journal of the American Medical Association detailing a review of the outcomes of 21 COVID-19 patients admitted to the Intensive Care Unit at Kirkland’s EvergreenHealth Medical Center made a similar observation, finding cardiomyopathy developed in seven of the 21 patients. At the time of publication, 14 of the 21 had died.

“It is unclear whether the high rate of cardiomyopathy in this case series reflects a direct cardiac complication of SARS-CoV-2 infection or resulted from overwhelming critical illness,” the article stated, calling for additional research.

Leibowitz believes it is likely a result of the body’s immune system trying desperately to stop the virus, causing massive inflammation throughout the heart and lungs and, in some cases, damaging other organs as well.

The workings of the immune system is what Gale’s UW scientists are focused on, specifically the “innate” portion of the body’s defenses — mechanisms genetically coded into every cell to protect it from infections and damage. They activate almost immediately when the body detects an invader.

Gale said his researchers are working to understand how SARS-CoV-2 manages to defeat these mechanisms to invade a cell and take it over, forcing it to replicate copies of the virus even as it is destroyed. Those virus copies then go on to infect other cells and the process repeats in a cascading infection.

“Right now, its replication strategy is unknown,” Gale said during a recent interview outside the Bio-Safety Level III laboratory in South Lake Union where his scientist opened the vial of SARS-CoV-2 this past week. Gale asked that the exact location of the laboratory be withheld for security reasons.

“What we know is that the virus physically destroys the lung tissue as it replicates in the cells,” he said. Gale said the tissue damage he’s seen bears similarities to the damaged lungs of victims of the 1918 influenza-A pandemic, which infected one of every three people and killed 50 million people — roughly 3% of the world’s population.

Gale has worked with and studied the 1918 H1N1 flu virus as well after a live specimen was recovered in 2007 from the remains of an Inuit woman who was buried in the Alaskan permafrost after dying during the pandemic.

“That virus physically destroyed the cells, as well,” he said. 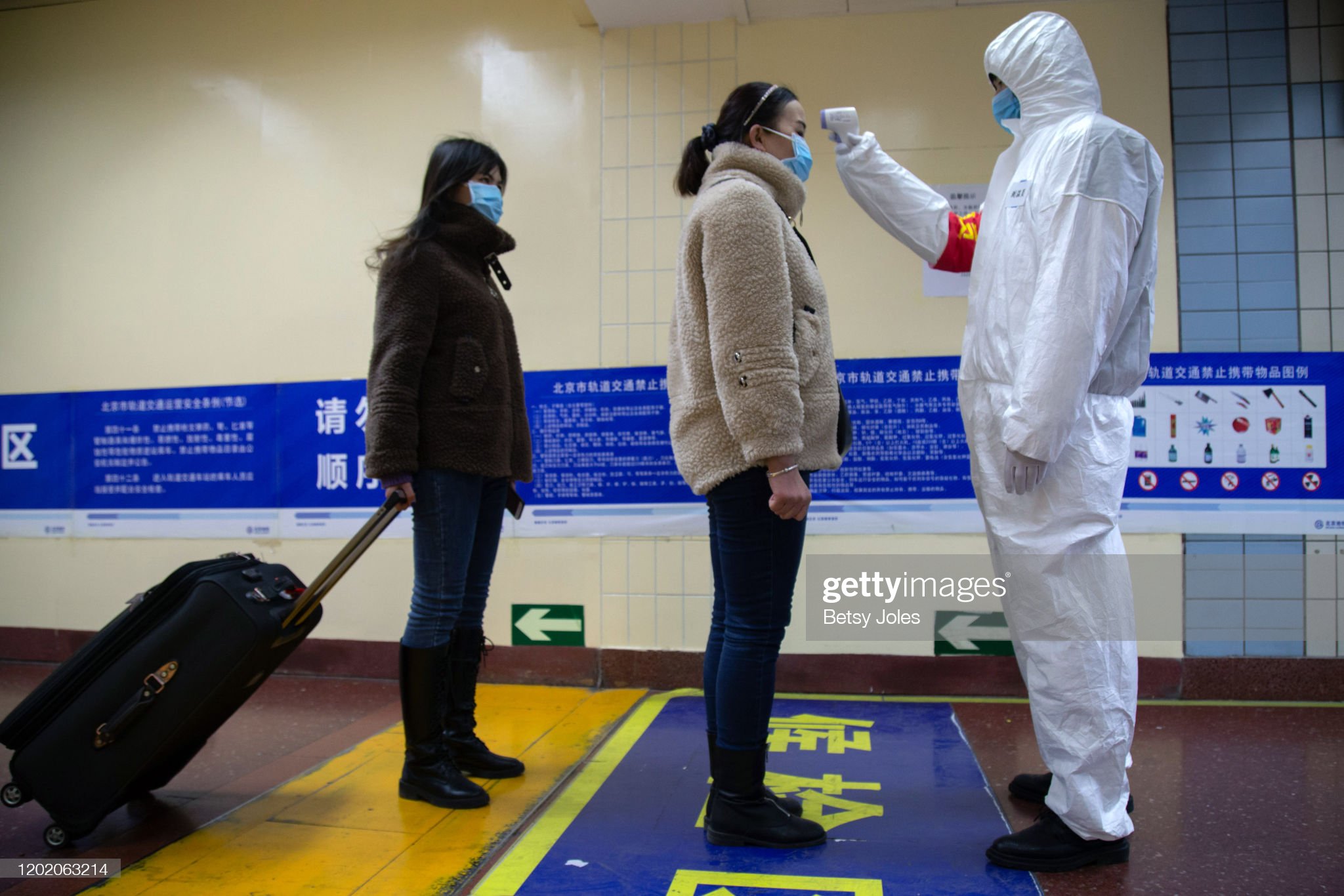 A Morbidity and Mortality Report issued Wednesday by the Centers for Disease Control and Prevention states that preliminary data from the initial outbreak in Wuhan, China, shows the majority of COVID-19 deaths in those 60 and older.

Leibowitz said the vulnerability of older patients is likely explained at least in part because, as people age, their cells lose their ability to grow, divide and protect themselves through a process called “senescence,” a word derived from the Latin “senex,” which means “old.”

Add to that another health issue — diabetes or kidney problems — and the tired immune system can be even further taxed.

“When a person has an underlying health issue, it engages an immune response at some level,” Gale explained. This can result in inflammation as the body attempts to grapple with the issue. “Your body is distracted, and it can’t deal with other insults.”

“It becomes a race,” said Leibowitz, who has studied coronavirus. “The virus tries to spread and make more virus in order for it to be successful in nature.

“In the meantime, your immune system tries to kill the cells that are infected,” he explained. If you are young and healthy with a robust immune system, then not as many cells will be affected.

“But if your innate immune system isn’t strong, then the virus is more successful and your body’s response will be prolonged. That means more cells will be damaged by the immune system as it tries to keep up with the virus.

The other “striking” issue with SARS-CoV-2 has been its apparently easy transmission and contagion, Leibowitz said.

“What is scary to me about this SARS compared to the outbreak in 2003 is that back then, asymptomatic patients did not transmit the disease. You had to have a fever to be contagious,” he said. “This disease can be transmitted silently by people who don’t know they are sick and show few or no symptoms of being infected.”

That surreptitious transmission strikes Gale, as well, who noted that of the first 22 people who died in King County from COVID-19 — the individuals listed on the medical examiner’s document — most had been patients at Life Care Center of Kirkland, a long-term nursing facility that became ground zero for the pandemic in the U.S. At last count, Dr. Jeffrey Duchin, the chief public health officer for Public Health — Seattle & King County, said 23 care facilities had reported patients or staff with confirmed COVID-19 infections.

“The 2003 SARS outbreak was more acute,” Gale said. “Here, we have up to two weeks with people asymptomatic and, in some cases, kids don’t get sick at all. They’re little vectors.

“You have to ask yourself, ‘Why do you think all the nursing homes and care centers get hit?’ ” he asked. “I can tell you: It’s because grandparents got visits from grandkids.”