Fighting violent crime one kitchen utensil at a time

A police force in the UK has been ridiculed for bragging about fighting knife crime by confiscating a spoon.

Regents Park Police said that a local charity shop had handed over a collection of potentially dangerous weapons to prevent criminals buying them.

“Yesterday we conducted weapons sweeps, dealt with a person injured from a van reversing on them, reported a burglary and collected all these from @scope charity shop who diligently didn’t want them to get into the wrong hands & disposed of correctly & safely,” said the police force in a tweet. 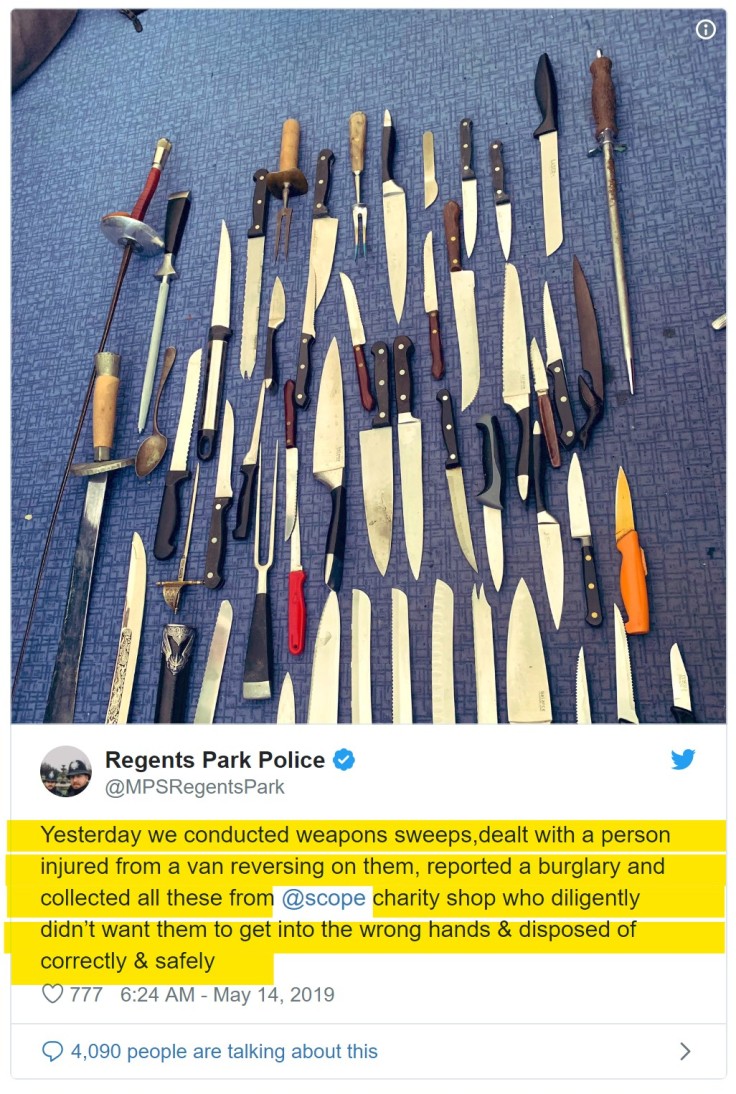 Eagle-eyed observers soon noted that amongst the trawl of deadly weapons, most of which were cooking knives and letter openers, was a spoon.

“They CHOSE to include the spoon,” commented journalist Tim Pool. “They could have just left it out. They really do think spoons are dangerous.” 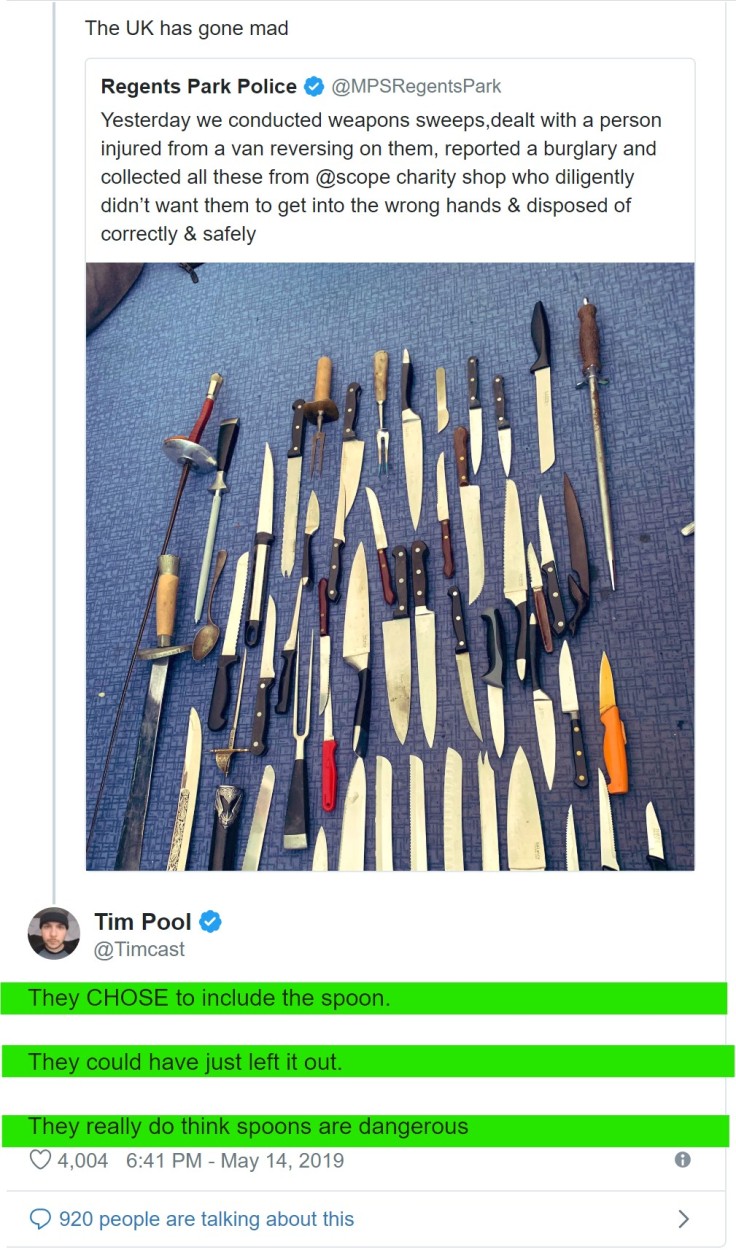 “If you can’t trust the new Londoners you imported to handle spoons without stabbing someone, perhaps you have a problem which requires more than spoon confiscation to solve?” asks Chris Menahan.

The same police force was also ridiculed last year for confiscating pliers, scissors and a screwdriver.

The war on spoons doesn’t really seem to be helping reduce knife crime in the UK, which recently hit its highest level since records began.