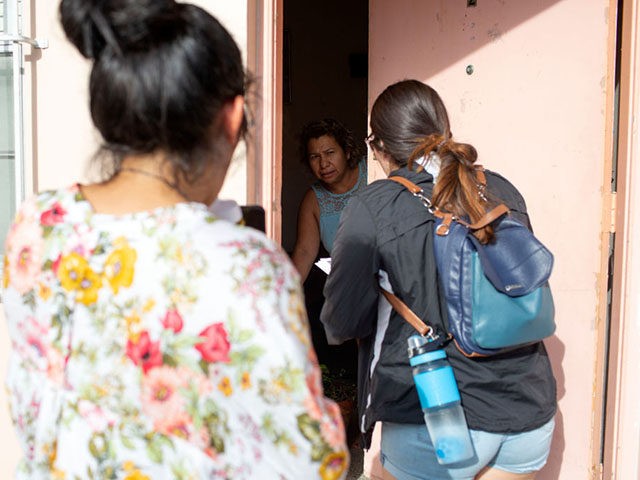 Government leaders in Illinois urged illegal aliens to know their rights after U.S. Immigration and Customs Enforcement (ICE) agents were reportedly seen in a Chicago neighborhood on Thursday.

“If @ICEgov tries to intimidate you or your family, know your rights,” Illinois Gov. J.B. Pritzker tweeted. “The state of Illinois refuses to coordinate with federal immigration enforcement. I signed a law ensuring local law enforcement does the same. We’re doing all we can to protect our residents.”

Byron Sigcho-Lopez, 25th Ward alderman, tweeted that his office had received reports of ICE agents approaching businesses and homes in the Pilsen area.

“We’ve confirmed these reports with the National Immigrant Justice Center,” he said.

“According to federal officials, some of the hundreds of illegal aliens arrested on Wednesday have already been ordered deported by an immigration judge and have refused to self-deport. Those illegal aliens will be quickly deported,” the report said.

A press release from the ICE website stated that the agency will investigate the individuals arrested on a case-by-case basis.

“In all cases, all the illegal aliens encountered as part of this operation are either being placed into removal proceedings before the federal immigration courts, and for those who already received due process and have been ordered removed, processed for removal from the U.S.,” the release said.

However, Rep. Sheila Jackson Lee (D-TX) called on President Trump during an interview Thursday to stop the raids, comparing them to the tactics of the Nazi secret police.

“I think it’s unfortunate when ICE has to be made into this kind of agency and to be an intimidator rather than an agency that has in the past made sure that we are safe in this nation,” she said.

“But when their neighbors are rounded up in a vile way, when children are left unprotected, I’m disappointed. And the president and Stephen Miller need to stop these Gestapo tactics, and we need to work together to pass comprehensive immigration reform,” Lee concluded.