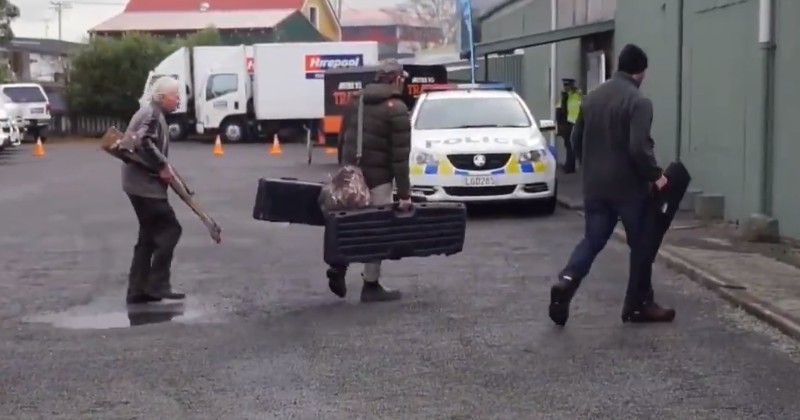 Following a ban on virtually all semi-automatic firearms, New Zealanders face 5 years in jail if they refuse to hand them in.

A France 24 report on the government’s new buyback scheme showed a line of gun owners wilfully giving up their guns in response to the Christchurch massacre earlier this year.

This despite the fact that the shooter himself said in his own manifesto that provoking mass gunfiscation was one of his intended goals. Mission accomplished.

Since the buyback scheme began, 19,000 firearms have been handed in. Most of the guns seen being handed in looked like ordinary rifles, not AR-15s.

Six months after Christchurch massacre, a farewell to firearms in New Zealand

If New Zealanders fail to turn in their banned weapons by Dec. 20, they could face 5yrs in prison.

Inspector Terry Van Dillen said he “accepted” that some people would be emotional giving up their guns due to them having been handed down by families for generations.

I’m sure any potential future mass shooters are gleefully handing in their firearms to police as I write this.

New Zealand’s gang members even publicly announced they would refuse to hand in any of the “banned” firearms.