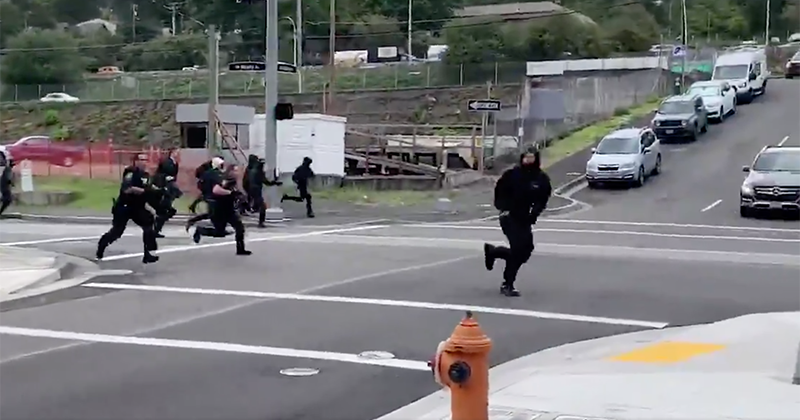 Shouting “Whose streets, our streets” & expletives at police

After the "climate strike" protest in Portland yesterday, around 50 masked antifa militants descended near the local ICE facility. They threw projectiles and rocks at officers. This is what happened when (federal, not local) police initiated an arrest. https://t.co/lxM8TglxNN pic.twitter.com/nsyxhMWZUM

This is why they were being chased:

Shouting “Who’s streets, our streets” & expletives at police, masked antifa militants in Portland commandeered part of the #ClimateChangePDX march today, which had many children present. At one point, a female officer got maced, but it isn’t clear by whom. pic.twitter.com/Rp9GYle81l