House Speaker Nancy Pelosi (D-CA) on Tuesday will announce a formal impeachment inquiry against President Donald Trump in the wake of his interest in the business dealings of former Vice President Joe Biden’s son, Hunter Biden, in Ukraine, according to a Washington Post report.

The expected announcement comes as more than two-thirds of House Democrats now say they support impeachment in light of President Trump confirming that he suggested Ukraine President Volodymyr Zelensky probe Hunter Biden during a congratulatory telephone call in July. Pelosi will reportedly announce the new inquiry after the Democratic caucus’ meeting at 4:00 p.m. EST.

Earlier Tuesday, President Trump said he ordered White House chief of staff Mick Mulvaney to withhold tens of millions of dollars in military aid from Ukraine a week before he telephoned Kiev’s leader. 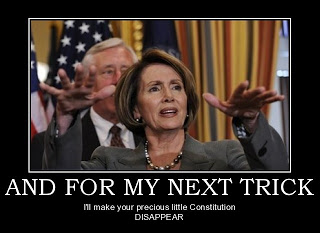 Before making his address to the United Nations General Assembly in New York City Tuesday, the president told reporters he gave the order because he felt other allied nations weren’t providing enough.

“As far as withholding funds, those funds were paid,” President Trump said. “They were fully paid.”

“I want other countries to put up money. I think it’s unfair that we put up the money,” he added. “Then other people call me. They said, ‘Oh, let it go.’ And I let it go. But we paid the money, the money was paid.”

While still at the United Nations, President Trump later announced that he would release the full transcript of his phone call with Zelensky.

“I am currently at the United Nations representing our Country, but have authorized the release tomorrow of the complete, fully declassified and unredacted transcript of my phone conversation with President Zelensky of Ukraine,” the president tweeted.

“You will see it was a very friendly and totally appropriate call. No pressure and, unlike Joe Biden and his son, NO quid pro quo! This is nothing more than a continuation of the Greatest and most Destructive Witch Hunt of all time!” he added.

Though numerous congressional Democrats are now demanding an impeachment inquiry to be opened due to the Trump-Zelensky call, it remains unclear if the president broke the law by asking for an inquiry to be made into the Biden family. Further, the alleged “whistleblower” who reportedly claims to possess knowledge of the president pressuring Zelensky, did not hear the pair’s conversation first hand.

As Breitbart News reported earlier this year, Biden forced out former Ukrainian prosecutor Viktor Shokin as he was investigating an energy company called Burisma Holdings, which was paying Biden handsomely as a member of its board. The former vice president even boasted to the Council of Foreign Relations last year that he had threatened to withhold $1 billion in U.S. aid unless the prosecutor was fired. (He did not tell the audience about his son’s role.) Conservatives claim Biden obstructed justice to protect his son — who enriched himself using his father’s prestige.

Meanwhile, White House press secretary Stephanie Grisham hit out at reports regarding Pelosi’s expected announcement, saying in a statement “the Democrats continue to weaponize politics when they should be working on behalf of their constituents, which is nothing new.”

“President Trump is working hard on behalf of our country here in NYC while they continue to scream the word impeachment. Nothing new here,” added Grisham.