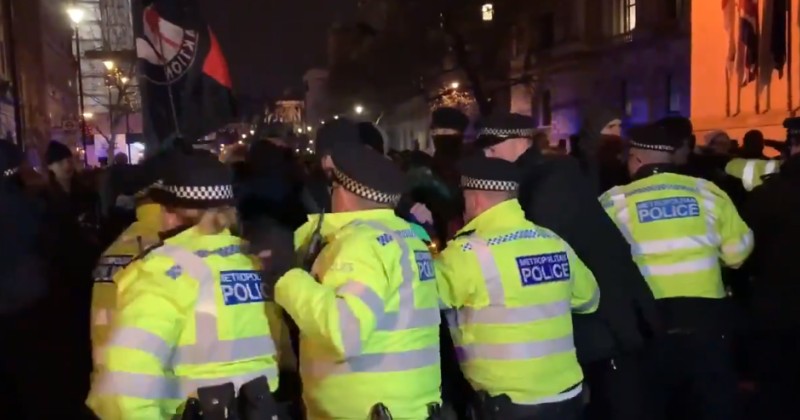 A mob of Antifa thugs wearing black masks have descended on London to protest against the result of a democratic election.

Britain soundly rejected Labour and their hard left policies in yesterday’s national election, with the party suffering its worse result since 1935.

Video footage shows the group of radicals clashing with police while waving a huge Antifa flag near Downing Street.

Rejecting the result of a democratic election is a quintessentially fascist trait. Antifa have proven once again that it isn’t a cliche to say they are the real fascists.

You either accept democracy, or you don't. Those who don't tend to be Fascists. Even f they label themselves "anti Fascists"pic.twitter.com/81RCYLTrEh

“You either accept democracy, or you don’t,” commented Old Holborn. “Those who don’t tend to be Fascists. Even if they label themselves “anti Fascists.”

The mob also carried a banner which read ‘Power Beyond Parliament’ – illustrating how they have zero respect for democracy.

Antifa’s hateful and divisive message is being rejected across the west.

Time for them to home.