German Health Minister Jens Spahn has said that his country is facing a “coronavirus epidemic.” Since breaking out in northern Italy, the deadly COVID-19 virus has spread to more than a dozen European countries.

“We are at the beginning of a coronavirus epidemic in Germany,” the minister told reporters in Berlin on Wednesday. Spahn added that infection chains can no longer be tracked in Germany, and called on hospitals and employers to review their pandemic planning.

A new instance of the deadly infection confirmed in the state of Nordrhein-Westfalen on Tuesday brought to 18 the number of cases recorded in Germany. 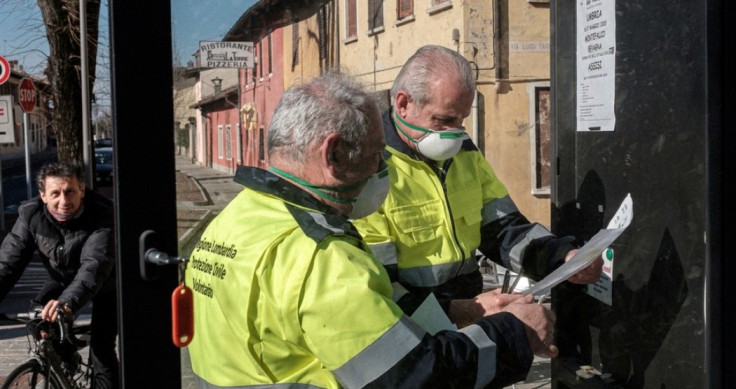 Spahn claimed earlier that “detection and containment” efforts in Europe were working to hold back the spread of the virus, but an explosion of cases in northern Italy and at least 13 other European countries have forced him to reevaluate the situation. At his last press conference on Tuesday, Spahn admitted “it could get worse before it gets better.”

Tracking the ‘infection chains’ – noting the previous travel and social encounters of the infected – is vital to understanding the spread of the illness. Thus far, the majority of patients in Germany were found to have recently traveled from Italy or China, or had contact with travelers.

“The infection chains are partially no longer trackable, and that is a new thing,” Spahn said on Tuesday. “Large numbers of people have had contact with the patients, and that is a big change to the 16 patients we had until now where the chain could be traced back to the origin in China.”

Despite growing panic across the continent, EU health ministers agreed on Tuesday to keep international borders open for the time being. “Closing borders would be a disproportionate and ineffective measure at this time,” Italian Health Minister Roberto Speranza told reporters after a meeting in Rome.

Originating in Wuhan, China, in November, the novel coronavirus has since spread to around 40 countries worldwide. Over 80,000 people have become infected, and more than 2,700 have died, the majority of them in China.