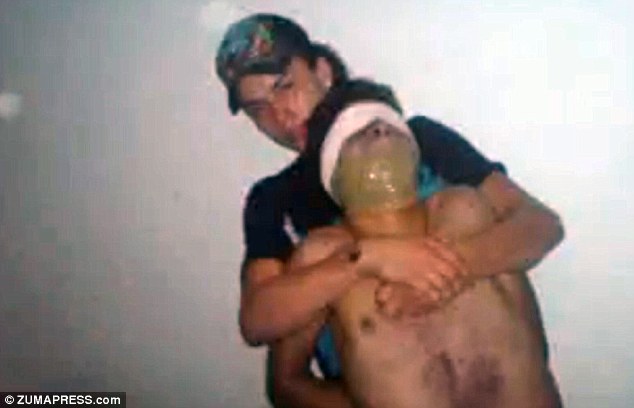 A fascinating report from News Australia published Jan. 20 reveals a startling fact about some of Mexico’s most notorious drug cartels: they rip out the hearts of their murder victims and eat them.

“But some barbaric factions of the gangs are believed to have even turned cannibal and actually eaten parts of their rivals,” the report said. “And in a particularly twisted initiation ritual, young members of the Jalisco New Generation cartel were forced to eat the hearts of murder victims. Local prosecutors claimed two teenagers, aged 16 and 17, remained unrepentant after they were drugged with crack then forced to eat human flesh by senior cartel bosses.”

Even though Mexico has an ever-increasing problem with beheadings, some Americans still support open borders.

Is a culture that cannibalizes its murder victims a bridge too far? Likely not for the Democrats, who will oppose President Donald J. Trump and his border wall at all costs.

“A similar event took place in 2015 when hopefuls of La Familia Michoacana were forced to eat their rivals after torturing them and cutting them up while alive,” the report continued.

Los Zetas cocaine kingpin Heriberto Lazcano, who was killed in a shootout with Mexican Marines in 2012, was notorious for feeding victims to the lions and tigers he kept on his ranch.

But it was his practice of eating human flesh that thrust him into international headlines two years ago.

A reporter who spent time with him told El Blog del Narco, “After sentencing him (the victim) to death, he orders him to bathe, and even to shave his whole body and let him de-stress for two or three hours, even better sometimes he gave them a bottle of whisky to relax, then he ordered a very quick death so there is no adrenaline in the meat to prevent it getting bitter or hard.”

He would then devour the man’s buttock flesh in tamales after it had been cooked in lemon and served on toast.