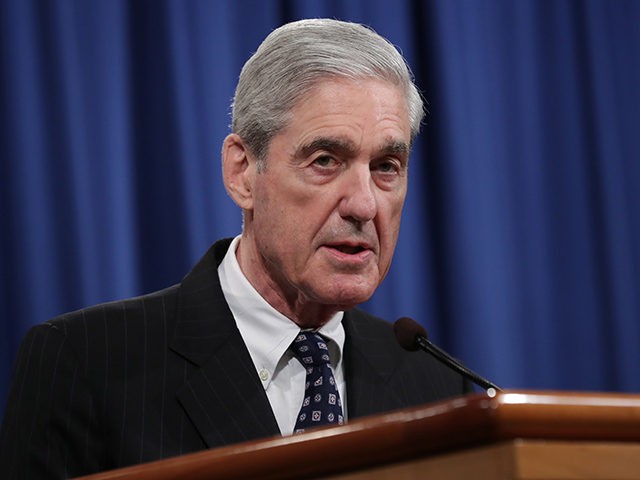 Former special counsel Robert Mueller on Wednesday is testifying before Congressional lawmakers regarding his investigation into now-debunked criminal conspiracy between the 2016 Trump campaign and Russia. Mueller will testify publicly at 8:30 a.m. EST before the House Judiciary Committee and at noon EST before the House Intelligence Committee.

Mueller has said that he will not stray beyond what’s already been revealed in his 448-page  report. The Justice Department has instructed Mueller to stay strictly within those parameters, giving him a formal directive to point to if he faces questions he does not want to answer.

On Tuesday, Democrats on the House judiciary and intelligence panels granted his request to have his top aide in the investigation, Aaron Zebley, sit at the table with him. Zebley is not expected to be sworn in for questioning by the judiciary panel.

President Trump slammed the hearings ahead of Mueller’s testimony, writing on social media that “Democrats and others” are attempting to fabricate a crime and blame it on “a very innocent President.”

“Why didn’t Robert Mueller investigate the investigators?” the president tweeted.

Wednesday’s first hearing before the House Judiciary Committee will focus on whether the president illegally obstructed justice by attempting to seize control of Mueller’s investigation. Attorney General William Barr and Deputy Attorney and General Rod Rosenstein, citing the special counsel’s findings, ruled the president did not commit obstruction of justice during the two-year-long investigation that cost taxpayers over $25 million.

The afternoon hearing before the House intelligence committee will dive into purported ties between the Trump campaign and the Kremlin.

Many House Democrats hope Mueller’s testimony will re-energize efforts to impeach the president, though some political observers believe that is unlikely to occur. Today’s hearings come one week after the House voted 332-95 to table a resolution calling for impeachment brought by Rep. Al Green. (D-TX).

**Follow all of the events on the Breitbart News Live Wire below. All times in eastern.**

Robert Mueller replies: “I think there are probably a spectrum of witnesses in terms of those who are not telling the full truth or those who are outright liars.”

“We’ll see what the testimony reveals, but there’s more than enough in that report to interpret it as an impeachment referral…I’m focusing on the best thing that I can do about the Trump presidency which is to defeat him…” pic.twitter.com/tdMp05u4JI

Robert Mueller replies “No” and later says he was allowed to complete his probe unencumbered.

11:00 AM — Rep. Jamie Raskin (D-MD) asks Robert Mueller: “You found evidence that the president engaged in efforts to encourage witnesses not to cooperate with the investigation.”

Part of the media circus outside the Mueller hearing pic.twitter.com/3bYxaa7DYM

10:54 AM — Rep. Tom McClintock (D-CA) says Robert Mueller dropped a  “paper sack” on “fire” at Congress’s doorstep with his report.

Robert Mueller replies: “I don’t think you’ll review a report that is as thorough, as fair, as consistent.”

Rep. Cedric Richmond: It's fair to say the president tried to protect himself by asking staff to falsify records relevant to an ongoing investigation?

"The president has been watching" Mueller's testimony before Congress, @jonkarl reports, saying source close to the president tells @ABC News, "This is a zero for the Democrats." https://t.co/gyfX9fY6kb #MuellerHearings pic.twitter.com/SSgXm2xsHU

WATCH: Robert Mueller says he can not name a single other example where investigators treated someone the way he treated @realdonaldtrump. RIGGED WITCH HUNT! pic.twitter.com/irCitjO6ps

Rep. Louie Gohmert (R-TX): Who wrote the nine-minute comments you read at your May 29 press conference?
Mueller: "I'm not going to get into that."
Gohmert: "Okay. So that's what I thought, you didn't write it." https://t.co/EbzpQ0lnrr pic.twitter.com/w7idTlbMYF

Rep. Steve Cohen (D-TN): "You found at some point after your appointment, the president called [former AG] Sessions at his home and asked if he would unrecuse himself, correct?"
Mueller: "True." https://t.co/EbzpQ03M2R pic.twitter.com/oNGHToHQzj

Rep. Sheila Jackson-Lee (D-TX): "Is it correct 'obstruction of justice can be motivated by a desire to protect non-criminal person interests, to protect against investigations where underlying criminal liability falls into a gray area?'"
Mueller: "Yes." https://t.co/EbzpQ0lnrr pic.twitter.com/nf3hol9NJn

Nadler: “Did you actually totally exonerate the president?”