In less than two months, there have been nine illegal immigrants charged with sex crimes in the Maryland sanctuary county.

In what has become a disturbingly familiar story over the past couple months, another illegal alien has been charged with rape in the sanctuary jurisdiction of Montgomery County, Md.

Wilder Hernandez-Nolasco, 21, of Silver Spring is accused of raping a six-year-old girl. He was apprehended and charged with the crime last week, and faces 155 years in prison if he is ultimately convicted of the heinous act.

Hernandez-Nolasco, an illegal immigrant who is a Honduran national, reportedly threatened his child victim that he would ground her for “100 days” if she told anyone about the vicious attack. Law enforcement claims he admitted to committing the rape, and he committed sexual assault against the child on more than one occasion.

This is at least the ninth time that there has been an illegal immigrant charged with a sex crime in the sanctuary jurisdiction of Montgomery County since July 25. The area has become a hot bed for illegal aliens to commit vicious sex crimes with law enforcement being ordered by county officials not to comply with Immigration and Customs Enforcement (ICE).

Kevin Lewis of ABC 7 News has documented the many gruesome cases that have emerged as the result of the county’s liberal policies. 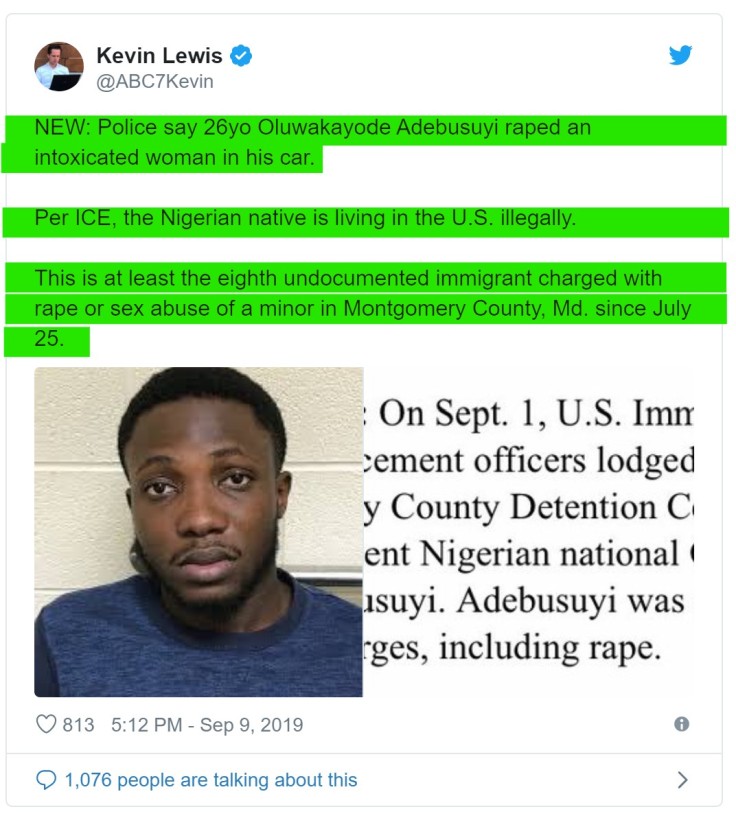 NEW: 37yo Emilio Carrasco-Hernandez raped a 15yo girl in a Silver Spring home they shared, cops say.

An executive order was issued in July to officially grant sanctuary status within the county. County Executive Mark Elrich signed the executive order that banned all county support toward enforcing federal immigration law.

“We don’t interact with ICE. We don’t contact ICE nor do we ask any of our residents in Montgomery county about their immigration status in the United States,” Acting Montgomery County Police Chief Marcus Jones said.

“I feel pretty sure that most Montgomery county residents don’t agree with the president’s immigration policy such as it is,” Elrich said.

#StandWithICE organizer Michelle Malkin held a rally in Montgomery County last week to unite the community against partisan left-wing county officials who have put the vulnerable in extreme danger in a vain attempt to damage President Donald Trump.

The full video of her rally can be seen here: 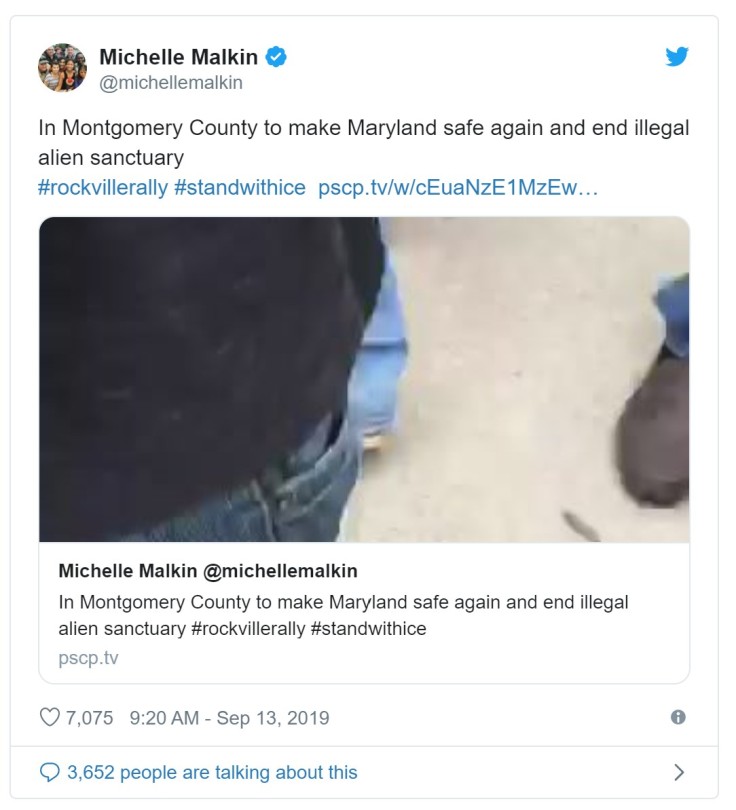 Despite the ongoing illegal rape spree, the liberal county officials are digging in their heels and refusing to budge no matter how many innocent people are victimized.

“These individuals and organizations should be ashamed for spreading false information seeking to establish a baseless, illogical and xenophobic connection between a person’s failure to obtain legal status and their propensity to commit a sex crime,” the county officials said in an official statement, placing blame on the “White House, President Trump, Acting USCIS Director Ken Cuccinelli, local and national conservative news outlets and neo-Nazi sympathizers.”