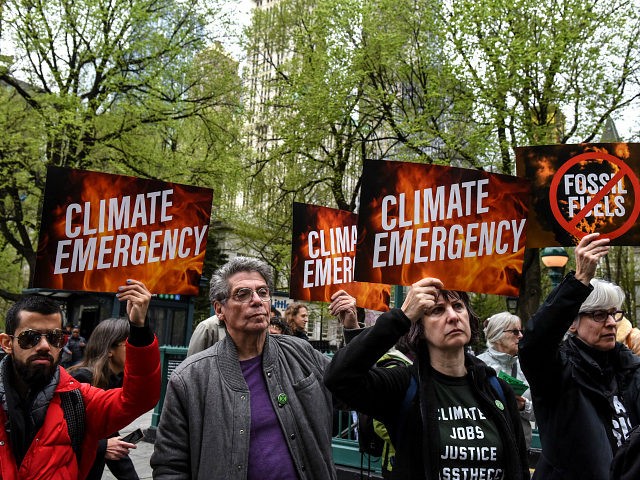 More than 500 scientists and professionals in climate and related fields have sent a “European Climate Declaration” to the Secretary-General of the United Nations asking for a long-overdue, high-level, open debate on climate change.

“Climate science should be less political, while climate policies should be more scientific,” the declaration states. “Scientists should openly address the uncertainties and exaggerations in their predictions of global warming, while politicians should dispassionately count the real benefits as well as the imagined costs of adaptation to global warming, and the real costs as well as the imagined benefits of mitigation.”

The scientists underscored the importance of not rushing into enormously expensive climate action before fully ascertaining the facts.

“There is no statistical evidence that global warming is intensifying hurricanes, floods, droughts and suchlike natural disasters, or making them more frequent,” they declared. “However, CO2-mitigation measures are as damaging as they are costly. For instance, wind turbines kill birds and bats, and palm-oil plantations destroy the biodiversity of the rainforests.”

The signatories of the declaration also insist that public policy must respect scientific and economic realities and not just reflect the most fashionable frenzy of the day.

“There is no climate emergency. Therefore, there is no cause for panic and alarm,” they note. “We strongly oppose the harmful and unrealistic net-zero CO2 policy proposed for 2050.”

“If better approaches emerge, and they certainly will, we have ample time to reflect and adapt. The aim of international policy should be to provide reliable and affordable energy at all times, and throughout the world,” they state.

In particular, the scientists criticize the general-circulation models of climate on which international policy is currently founded as “unfit for their purpose.”

“Therefore, it is cruel as well as imprudent to advocate the squandering of trillions on the basis of results from such immature models,” they propose. “Current climate policies pointlessly, grievously undermine the economic system, putting lives at risk in countries denied access to affordable, continuous electrical power.”

“We urge you to follow a climate policy based on sound science, realistic economics and genuine concern for those harmed by costly but unnecessary attempts at mitigation,” they declare.