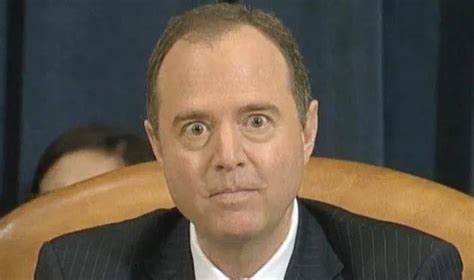 Itinerary for a trip to Ukraine in August organized by the Atlantic Council think tank reveals that a staffer on Rep. Adam Schiff’s House Permanent Select Committee on Intelligence held a meeting during the trip with acting U.S. Ambassador to Ukraine Bill Taylor, now a key witness for Democrats pursuing impeachment.

The Atlantic Council is funded by and works in partnership with Burisma, the natural gas company at the center of allegations regarding Joe Biden and his son, Hunter Biden.

Taylor has been called by House Democrats to appear next week to provide a deposition as part of the investigation being led by Schiff into President Trump’s phone call with Ukrainian President Volodymyr Zelensky.

Taylor himself has evidenced a close relationship with the Burisma-funded Atlantic Council, writing analysis pieces published on the Council’s website and serving as a featured speaker for the organization’s events. He also served for nine years as senior advisor to the U.S.-Ukraine Business Council, which has co-hosted scores of events with the Atlantic Council.

As Breitbart News reported, Thomas Eager, a staffer on Schiff’s House Intelligence Committee, took a trip to Ukraine in August billed as a bipartisan “Ukraine Study Trip” in which ten Congressional staffers participated.

Eager is also currently a fellow at the Atlantic Council’s Eurasia Congressional Fellowship, a bipartisan program that says it “educates congressional staff on current events in the Eurasia region.” The pre-planned Ukraine trip was part of the fellowship program.

Burisma in January 2017 signed a “cooperative agreement” with the Council to specifically sponsor the organization’s Eurasia Center, the same center that sponsored Eager’s Ukraine trip.

A closer look at the itinerary for the August 24 to August 31 trip shows that the delegation’s first meeting upon arrival in Ukraine was with Taylor.

Spokespeople for Schiff’s office did not reply to multiple Breitbart News requests sent over the course of the last three days for comment on Eager’s meeting with Taylor.

When Breitbart News first reported on Eager’s visit to Ukraine two weeks ago, Schiff’s office quickly replied to several comment requests, denying any impropriety related to Eager’s association with the Atlantic Council or the trip.

The unanswered Breitbart email requests to Schiff’s office from the past three days posed the following question:

While in Ukraine, did Mr. Eager speak to Mr. Taylor about the issue of reports about any representatives of President Trump looking into alleged Biden corruption in Ukraine?

The dates of the pre-planned trip are instructive. Eager’s visit to Ukraine sponsored by the Burisma-funded Atlantic Council began 12 days after the so-called “whistleblower” officially filed his August 12 complaint.

Schiff and his office have offered seemingly conflicting statements on the timeline of the California Congressman’s initial contact with the so-called “whistleblower.”

Speaking on September 17, Schiff told MSNBC, “We have not spoken directly with the whistleblower. We would like to.”

Schiff’s spokesperson, Patrick Boland, was quoted on October 2 saying, “At no point did the committee review or receive the complaint in advance.” Boland said Schiff’s committee received the complaint the night before it publicly released the document.

On Oct 2, however, the New York Times reported that Schiff received some of the contents of the complaint through an unnamed House Intelligence Committee aide initially contacted by the so-called “whistleblower,” described as a CIA officer.

The Times reported the aide “shared some of what the officer conveyed to Mr. Schiff.”  The referenced officer refers to the so-called “whistleblower.”

By the time the whistle-blower filed his complaint, Mr. Schiff and his staff knew at least vaguely what it contained

Speaking to CBS’s Face the Nation on Sunday, Schiff conceded that he was not clear enough about his contact with the so-called “whistleblower.”

“I should have been much more clear,” Schiff said.

Taylor, who emerged from government retirement in June to serve as charge d’affaires in Kyiv, is being deposed by House Democrats after text messages provided to Democrats showed him expressing concern about Trump’s requests for Ukraine to investigate the Bidens over issues related to Burisma.

NBC News quoted sources saying Taylor will be represented during the deposition by attorney John Bellinger, who served at the National Security Council and as the State Department’s lead lawyer under President George W. Bush’s administration.

Bellinger was a prominent “Never Trump” Republican, drafting an August 2016 letter with dozens of other senior Republican national security officials warning Trump would be the “most reckless President in American history.”

In March, three months before he became Trump’s ambassador to Ukraine, the Atlantic Council featured an oped co-authored by Taylor in which the diplomat argued Ukraine “has further to travel toward its self-proclaimed European goal” of reformation.

In 2017, Taylor wrote a piece for the Council about a Ukrainian parliament vote on health care reform.

In November 2011, the Atlantic Council hosted Taylor as the featured speaker at a discussion event when he was appointed that year as Special Coordinator for Middle East Transitions at the State Department.

When he deployed to Ukraine as Trump’s ambassador in June, the U.S.-Ukraine Business Council (USUBC), which has co-hosted events with the Atlantic Council, authored a piece in the Kyiv Post welcoming him.

Taylor for the last nine years served as a senior adviser to the USUBC.

The USUBC’s piece noted that the “USUBC has worked closely with Ambassador Taylor for many years,” touting his role as the business group’s senior adviser.

On June 26, just nine days after arriving in Ukraine as ambassador, the USUBC already hosted Taylor for a roundtable discussion about his new position.

Vadym Pozharskyi, adviser to the board of directors at Burisma Holdings, was also previously hosted as a USUBC featured speaker.

A USUBC senior adviser is David J. Kramer, a long-time adviser to late Senator John McCain, who served at the McCain Institute for International Leadership as senior director for human rights and democracy. Kramer played a central role in disseminating the anti-Trump dossier.

In the USUBC piece welcoming Taylor to Ukraine, Kramer himself commented about Taylor’s ambassador position.

Geysha Gonzalez is the sponsoring Atlantic Council officer listed on the Congressional disclosure form for Schiff staffer Eager’s trip to Ukraine. She is deputy director of the Atlantic Council’s Eurasia Center.

Gonzalez is also one of eleven members of the rapid response team for the Ukrainian Election Task Force, which says it is working to expose “foreign interference in Ukraine’s democracy.”

Another member of the team is Kramer.

Kramer revealed in testimony that he held a meeting about the anti-Trump dossier with a reporter from BuzzFeed News, who he says snapped photos of the controversial document without Kramer’s permission when he left the room to go to the bathroom. That meeting was held at the McCain Institute office in Washington, Kramer stated.

BuzzFeed infamously published the Christopher Steele dossier on January 10, 2017, setting off a firestorm of news media coverage about the document.

The Washington Post reported last February that Kramer received the dossier directly from Fusion GPS after McCain expressed interest in it.

In a deposition taken on December 13, 2017, and posted online earlier this year, Kramer revealed that he met with two Obama administration officials to inquire about whether the anti-Trump dossier was being taken seriously.

In one case, Kramer said that he personally provided a copy of the dossier to Obama National Security Council official Celeste Wallander.

In the deposition, Kramer said that McCain specifically asked him in early December 2016 to meet about the dossier with Wallander and Victoria Nuland, a senior official in John Kerry’s State Department.

Schiff’s signature appears on the required post-travel disclosure form filed with the House Committee on Ethics documenting the visit to Ukraine. The form signed by Schiff says that Eager’s trip to Ukraine was paid for by the “Atlantic Council’s Eurasia Center.”

The form bearing Schiff’s signature (above) describes the visit thusly:

Series of meetings and visits with gov’t officials, party officials, civil society and private sector reps in Ukraine to learn about ongoing political and military issues, including conflict in the East.

Speaking to Breitbart News, Gonzalez confirmed that Eager started his one-year fellowship with the organization in January and that Eager is still a fellow.

Gonzalez said the pre-planned trip was part of the fellowship program, which also includes a full year of round tables and other educational events. She said it was not within her portfolio to comment on issues of funding from Burisma or other donors.

Besides funding the Atlantic Council, Burisma also routinely partners with the think tank.

Burisma further co-hosted a U.S.-Ukraine Business Council event with the Council last year in Washington, DC.  David Kramer of the dossier episode is a senior adviser to the Business Council.

Burisma advertises that it committed itself to “15 key principles of rule of law and economic policy in Ukraine developed by the Atlantic Council.”

Google, Soros’s Open Society Foundations, the Rockefeller Fund, and an agency of the State Department each also finance a self-described investigative journalism organization repeatedly referenced as a source of information in the so-called “whistleblower’s” complaint alleging Trump was “using the power of his office to solicit interference from a foreign country” in the 2020 presidential race.

The charges in the July 22 report referenced in the “whistleblower’s” document and released by the Google and Soros-funded organization, the Organized Crime and Corruption Reporting Project (OCCRP), seem to be the public precursors for a lot of the so-called “whistleblower’s” own claims, as Breitbart News documented.OPEN

One key section of the so-called “whistleblower’s” document claims that “multiple U.S. officials told me that Mr. Giuliani had reportedly privately reached out to a variety of other Zelensky advisers, including Chief of Staff Andriy Bohdan and Acting Chairman of the Security Service of Ukraine Ivan Bakanov.”

This was allegedly to follow up on Trump’s call with Zelensky in order to discuss the “cases” mentioned in that call, according to the so-called “whistleblower’s” narrative. The complainer was clearly referencing Trump’s request for Ukraine to investigate the Biden corruption allegations.

Even though the statement was written in first person –  “multiple U.S. officials told me” – it contains a footnote referencing a report by the Organized Crime and Corruption Reporting Project (OCCRP).

In a report published by the Organized Crime and Corruption Reporting Project (OCCRP) on 22 July, two associates of Mr. Giuliani reportedly traveled to Kyiv in May 2019 and met with Mr. Bakanov and another close Zelensky adviser, Mr. Serhiy Shefir.

The so-called “whistleblower’s” account goes on to rely upon that same OCCRP report on three more occasions. It does so to:

The OCCRP report repeatedly referenced is actually a “joint investigation by the Organized Crime and Corruption Reporting Project (OCCRP) and BuzzFeed News, based on interviews and court and business records in the United States and Ukraine.”

BuzzFeed infamously also first published the full anti-Trump dossier alleging unsubstantiated collusion between Trump’s presidential campaign and Russia. The dossier was paid for by Hillary Clinton’s campaign and the Democratic National Committee, and was produced by the Fusion GPS opposition dirt outfit.

The so-called “whistleblower’s” document, however, only mentions the largely unknown OCCRP and does not reference BuzzFeed, which has faced scrutiny over its reporting on the Russia collusion claims.