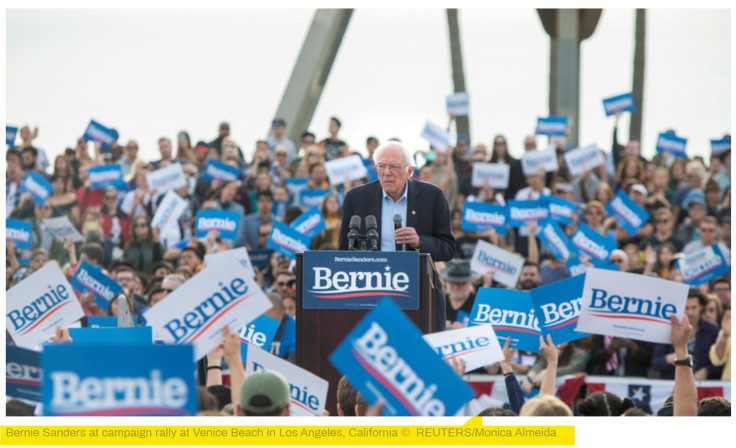 A video exposing the extreme viewpoints of yet another staffer of the Bernie Sanders campaign has some questioning whether there is a growing issue inside the Vermont senator’s ranks.

A video released on Tuesday by Project Veritas reveals a man identified as Martin Weissgerber, a paid field organizer for the Sanders presidential campaign in South Carolina, fantasizing about sending Republicans to “reeducation camps” and Sanders dissolving the Senate and House of Representatives should he become president.

“Do we just cease — do we just dissolve the Senate, House of Representatives, the judicial branch, and have someone like Bernie Sanders and a cabinet of people make all the decisions on climate? I mean, I’m serious,” the staffer says when talking about how Sanders could tackle climate change as president.

He also says he wants Republicans like Mitch McConnell and Lindsey Graham sent to “reeducation camps.”

“What will help is when we send all the Republicans to the reeducation camps,” he says. “Can you imagine Mitch McConnell? Lindsey Graham?”

At another point in the hidden camera footage, the staffer says he’s prepared for a revolution that requires armed resistance and even calls to“guillotine the rich.” He did comment that Sanders does not share his views that are more far left.

With this being the second Sanders staffer to be caught on camera spouting extremist ideas — the first said “cities will burn” if Bernie loses and Trump is reelected — conservative pundits are questioning whether there is an issue within the ranks of the Vermont senator that he needs to address.

‘Cities will burn!’ If Sanders loses, how many Bernie Bros will entertain radical fantasies? 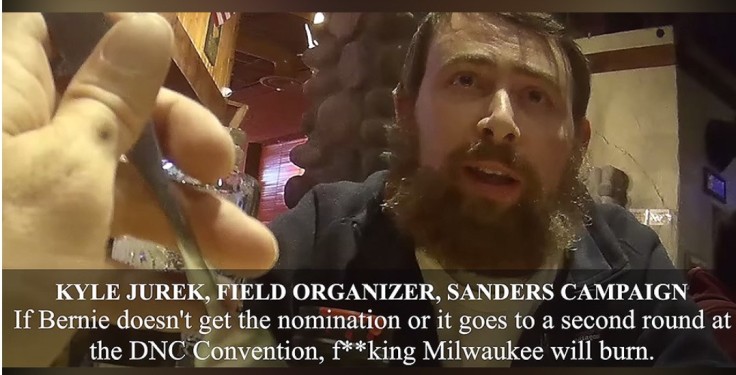 “Another Bernie Sanders staffer has been caught on camera saying he’d gladly use violence to take over our government and kill people for socialism. Let me guess, this isn’t ‘real socialism’ either…even though this is how it always turns out?” actress and outspoken conservative Mindy Robinson tweeted.

Reporter Andy Ngo took a look at the staffer’s social media pages and found that he lives what appears to be quite a luxurious lifestyle and is also a rapper on Soundcloud who goes by the name King Manic.

Sanders and his campaign have not commented on any of the videos.