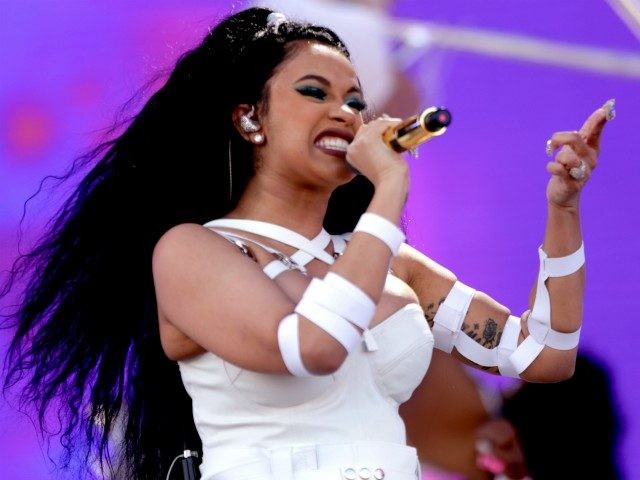 Rapper Cardi B lashed out at President Trump again Wednesday, criticizing the government shutdown and calling supporters of the president “f**king racist rednecks.”

In a series of videos posted to Instagram, Cardi B attacked the president and his supporters in vulgar terms.

“I don’t want to hear any of y’all motherfuckers talkin’ ’bout, ‘Oh, but Obama shut down the government for 17 days.’ Yeah, bitch, for healthcare!” she said. “So your grandma could check her blood pressure and you bitches could go check y’all pussy at the gynecologist with no mother fuckin’ problem!”

“This shit is really fucking serious bro. This shit is crazy. Our country is in a hellhole right now. All for a fucking wall.”

Cardi B just posted this on Instagram #CardiB2020 pic.twitter.com/zg4prRUfdG

In a previous video, the “Bodak Yellow” rapper said, “You promised these fucking racist rednecks that you was gonna build the wall, but you know that was impossible.”

“But they voted for you and you promised them this shit so now you have to do it,” she said.

Cardi B went off on Donald Trump yesterday, calling him a 'clout chaser' who just ruins peace and wants validation from black people! 👏

She also talks about immigrants, racists and his 'build a wall' controversy! pic.twitter.com/Q2qGRDrAnL

In another video posted to her social media this week, the 26-year-old fantasized about beating up the president.