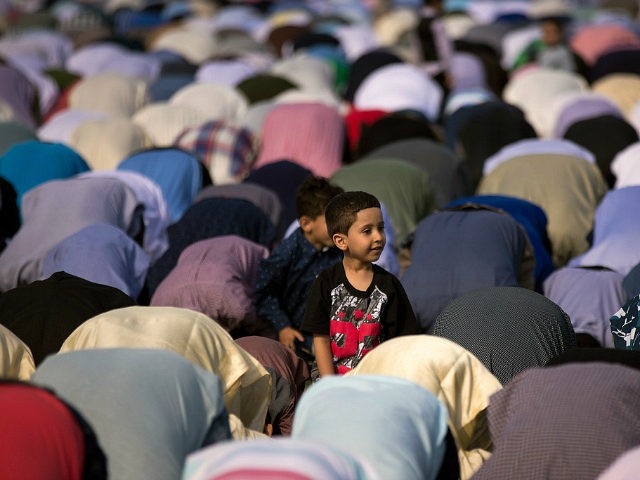 Dieringer School District in Seattle, Washington, is calling on its teachers to follow CAIR-issued guidelines regarding adherence to Islam. The school district is urging its teachers to bless Muslim students by reciting Arabic to them during Ramadan.

The Council on American-Islamic Relations (CAIR) issued an “Informative Letter on Upcoming Islamic Holidays and Religious Accommodations,” pressing school district officials to have their teachers recite “Ramadan Mubarak!” or “Ramadan Kareem” when welcoming Muslim students during Ramadan, according to the religious liberty advocacy group Freedom of Conscience Defense Fund (FCDF).

The letter also instructs teachers to monitor Muslim students’ Ramadan fasting, as well as to refrain from scheduling tests during the Islamic holidays Eid Al-Fitr and Eid, adds FCDF.

One school district has reportedly reacted to the letter by urging its teachers to follow the CAIR-issued guidelines. FCDF says that Dieringer School District superintendent Judy Martinson enacted the CAIR letter as official District policy by distributing the guidelines to principals, who then distributed it to all teachers and staff.

“By urging teachers to bless Muslim students in Arabic, the District is running roughshod over the First Amendment’s mandate of government neutrality toward religion,” said FCDF executive director Daniel Piedra.

“A school district would never order teachers to ‘welcome’ Catholic students during Easter with ‘He is risen, alleluia!’” added Piedra, “Singling out Muslim students for special treatment is blatantly unconstitutional.”

FCDF sent a legal memo to Martinson on Monday, warning the superintendent that the school district is likely violating the United States Constitution by favoring Muslim students, and that the advocacy group may take legal action if the district does not “rescind the Ramadan Policy within a reasonable time.”

“To be clear, nothing in the Constitution prohibits public schools from accommodating students’ religious exercise to the extent it would not interfere with educational interests,” states the memo, “‘But the religious liberty protected by the Constitution is abridged when the State affirmatively sponsors’ religious practice.”

“Here, by issuing the CAIR Letter to District employees, you acted under color of state law to create an official policy that has a primary effect of advancing religion,” adds the advocacy group, “The Ramadan Policy, in both adoption and implementation, plainly imposes liability on the District under the United States and Washington Constitutions.”

The letter also warns Martinson about CAIR’s anti-Semitic advocacy, as well as its ties to Islamist supremacists.

“These facts are not anti-Muslim conspiracy theories,” adds the letter, “Federal prosecutors have acknowledged that Muslim Brotherhood leaders founded CAIR and that it has conspired with Muslim Brotherhood affiliates to support terrorists.”

“CAIR is also noted for its anti-Semitic activism,” continued FCDF, citing a the Anti-Defamation League (ADL), which had published a “Profile” two years ago regarding CAIR and its chapters partnering “with various anti-Israel groups that seek to isolate and demonize the Jewish State.”

FCDF says that the CAIR-issued Ramadan guidelines are “yet another attempt by CAIR to infiltrate uninformed school districts so it can advance its subversive agenda.”

“CAIR must not be allowed to indoctrinate impressionable schoolchildren under the guise of ‘diversity’ and ‘cultural awareness,’” states the advocacy group, “FCDF is committed to keeping CAIR out of our America’s public schools.”