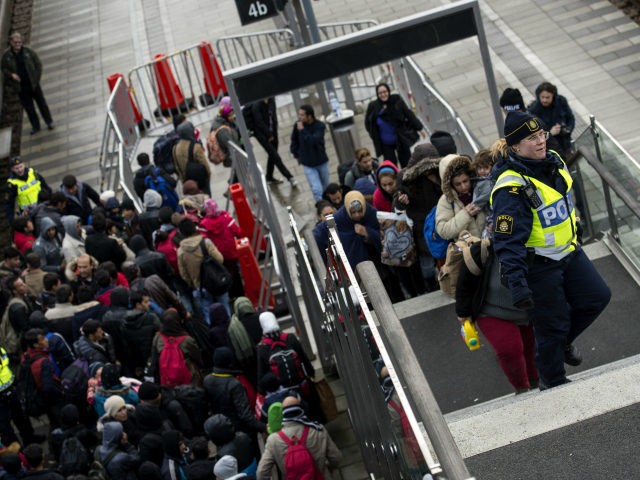 A new survey at attitudes towards migration across Europe has found more than half of Swedes say they do not want to see the country take in more refugees, making it one of the most migration-sceptic nations.

Around 8,000 people in Germany, Poland, Spain, Hungary, Italy, Belgium, France and Sweden were asked a series of questions in the survey, including “Do you agree with the statement: ‘My country should not receive more refugees from conflict areas.’?” to which 51 per cent of the Swedish respondents said they agreed, Spanish newspaper El Paisreports.

While both Poland and Italy were tied with 53 per cent saying they agreed with the statement, the Swedish number exceeded that of Hungary, a nation noted for its strong anti-mass migration stance and policies, at 49 per cent.

More than one-third, 35 percent of the respondents across all of the countries surveyed, said that immigration was the most important issue facing the European Union today but only 14 percent said that the European Union had managed to handle the migrant crisis in 2015 and 2016 in a competent manner.

By contrast, 41 percent of Germans say they would welcome more refugees despite being the largest recipient of migrants during the height of the migrant crisis, and the challenges of rising crime, increased spending and lack of both cultural and economic integration.

For Sweden, migration has been a core issue in elections since the height of the migrant crisis in 2015, with the issue dominating the 2018 national elections, according to similar surveys taken last year.

Several reports in Sweden have highlighted the issues surrounding mass migration, including an unpublished report earlier this year that proved that the costs for an increase in migration promised by the Swedish government earlier this year would be far higherthan the initial stated estimates.

Another report, from Swedish broadcaster SVT, revealed the extent of migrant rape rates, claiming over a period of five years, migrants made up 58 percent of those convicted for rapes. The number jumped to 85 percent when accounting to violent rapes in which the victim did not know the perpetrator beforehand.