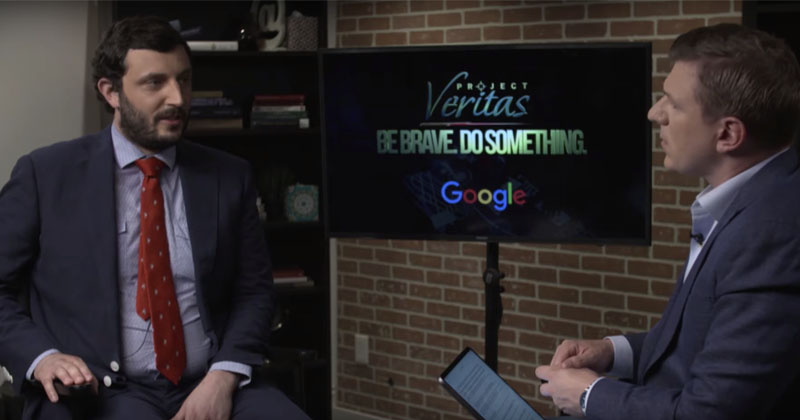 ‘I really don’t buy the idea that big tech is politically neutral,’ he says

Senior Google engineer Greg Coppola has revealed to Project Veritas the political bias within Google’s culture, warning that it has compromised the integrity of its products and search engine.

“I’ve been coding since I was ten [years old.] I have a PhD, I have five years’ experience at Google and I just know how algorithms are. They don’t write themselves. We write them to do what we want them to do,” Coppola said.

“I think for a while we had tech that was politically neutral. Now we have tech that really, first of all is taking sides in a political contest, which I think, you know, anytime you have big corporate power merging with political parties can be dangerous. And I think more generally we have to just decide now that we kind of are seeing tech use its power to manipulate people. It’s a time to decide, you know, do we run the technology, does the technology run us?”

Coppola went on to say that Google started going political during the rise of Donald Trump in the 2016 election cycle.

“I started in 2014. 2014 was an amazing time to be at Google. We didn’t talk about politics. No one talked about politics. You know, it was just a chance to work with the best computer scientists in the world, the best facilities, the best computers and free food. I think as the election started to ramp up, the angle that the Democrats and the media took was that anyone who liked Donald Trump was a racist…And that got picked up everywhere. I mean, every tech company, everybody in New York, everybody in the field of computer science basically believed that. A small number of people do work on making sure that certain new sites are promoted. And in fact, I think it would only take a couple out of an organization of 100,000, you know, to make sure that the product is a certain way…”

Watch the entire interview and share this link with everybody you know to expose Google’s political bias to prevent them from stealing the 2020 election.