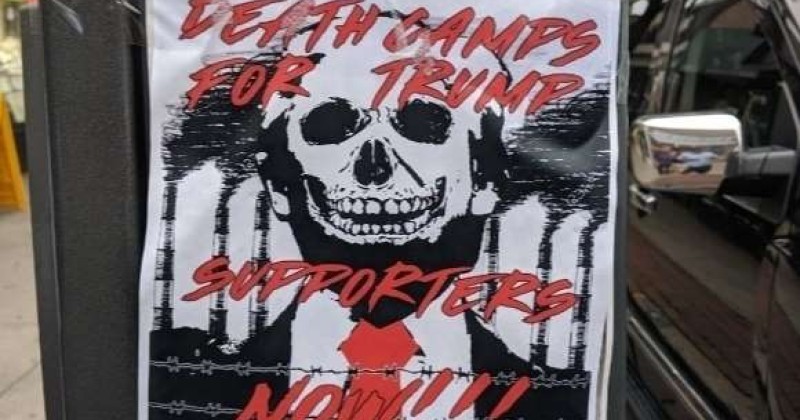 “No community is immune from this political hate”.

The ‘death camps for Trump supporters’ fliers that were seen in New York yesterday have now been posted on homes and cars belonging to the staff of Republican Congressman Lee Zeldin.

As we highlighted yesterday, the disturbing fliers were previously posted on street posts and parking meters in Patchogue, New York.

The fliers feature the threatening text in red and a stylized image of Trump’s face as a skeleton.

Now leftists appear to be targeting Republican lawmakers with the same message.

“No community is immune from this political hate,” tweeted Rep. Zeldin. “This is happening now in NY-1 (also being placed on my staffers’ homes & cars). Between this, trying to publicly shame GOP donors here & worse, those w hate consuming their hearts are only sowing division!”

Following the mass shooting in El Paso on Saturday, which the media blamed on Trump despite the shooter himself saying he was not radicalized by Trump, leftist hysteria and violent threats towards conservatives appears to be on the increase.