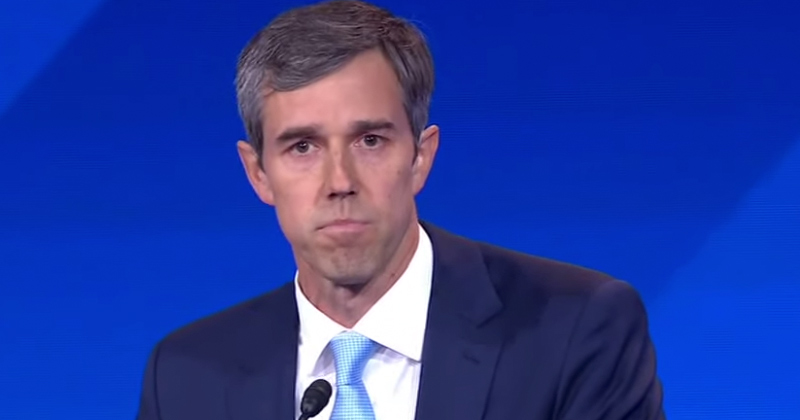 The days of Democrats saying, “Nobody wants to take your guns,” are behind us

Beto O’Rourke solidified himself as the Civil War candidate after proclaiming, “we’re going to take your AR-15, your AK-47,” during Thursday night’s Democrat debate.

The amazingly stupid presidential hopeful is openly promoting a policy that would rip the country apart by sending armed government agents to seize semi-automatic rifles from law-abiding Americans.

Beto: "Hell, yes, we're going to take your AR-15, your AK-47. We're not going to allow it to be used against your fellow Americans anymore." pic.twitter.com/LkAdc8eYNE

O’Rourke previously tried to mask his intentions by calling his plan a “mandatory government buyback,” but most people understood exactly what that means.

The Texas Democrat is using his anti-gun platform to raise money, asking people to donate money so he can ban semi-automatic rifles. 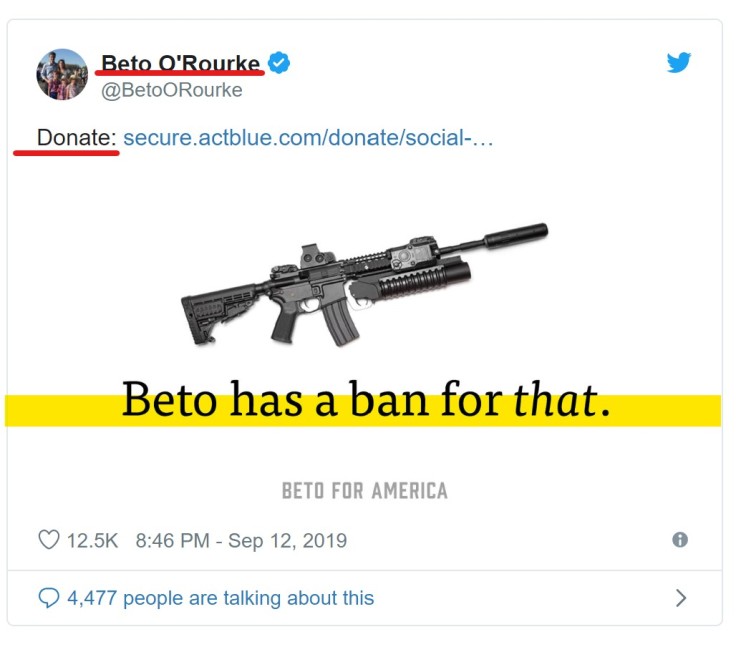 The 2020 field of Democrats is the most anti-Second Amendment group of politicians to ever run for office in America.

Gungrabbers Unite! BETO, Biden, Kamala and Klobuchar All Pledge To Go After Your 2nd Amendmenthttps://assets.infowarsmedia.com/videos/f5cb7028-ae4c-4f8c-b2d3-ab25d319bd15.mp4