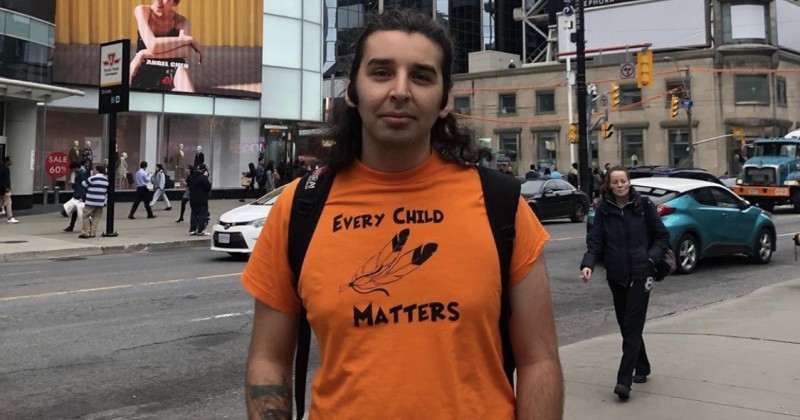 One of the masked Antifa radicals who harassed an elderly lady with a rolling walker during a protest in Hamilton, Ontario is Syrian migrant Alaa Soufi DaLua.

As we previously highlighted, the old woman was confronted as she tried to cross the road by a group of Antifa members who proceeded to yell “Nazi scum!” in her face.

The incident occurred during a demonstration outside Mohawk College against right-wing politician Maxime Bernier.

One of the culprits has now been identified.

“Intelligence group @EXEINTEL reports that one of the masked antifa militants who harassed the elderly woman with the walker is Alaa Soufi DaLua. I can confirm that I independently verified this as well. DeLua is a Syrian man who settled in Canada,” tweeted journalist Andy Ngo.

DaLua was able to be identified because he was pictured in a separate photo wearing the same distinctive orange t-shirt.

The idiot should have kept his mask on.

Meanwhile, the elderly lady he harassed has appeared in a video in which she asserts, “free speech is the cornerstone of our democracy and it can never and will never be denied.”

Here’s the lovely woman who antifa tried to stop from attending my event with @MaximeBernier on Sunday. I now proclaim her to be Canada’s Grandma. pic.twitter.com/PWIlyuqGbr