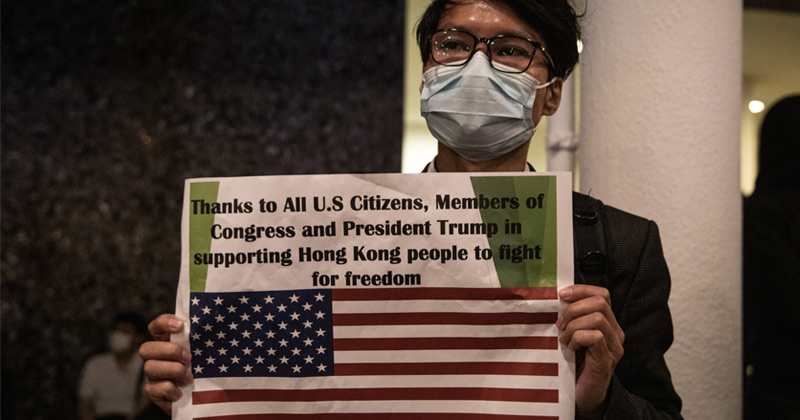 Donald Trump Jr. chimed in on Time Magazine’s decision to pick climate alarmist Greta Thunberg as the “person of the year” over the Hong Kong protesters:

While Greta claims her “dreams and childhood” have been stolen, all while ‘living the dream’ Stepbrothers-style by sailing the world, it’s worth mentioning that many of the Hong Kong activists are protesting because they’re young adults who can’t afford to start their own families due to Hong Kong’s real estate prices which completely dwarf that of the Bay Area.

In short, they’ve been protesting for months because they have nothing to lose.

And, as far as Trump Jr. calling Greta a “marketing gimmick,” it’s also worth noting that, unlike the Hong Kong activists, she hasn’t been protesting China despite it being one of the world’s largest polluters in a variety of metrics.

It’s also curious as to why she won’t protest China given that Greta and her fellow activists admitted that “climate crisis” activism is “not just about the environment” but is intended to dismantle “colonial, racist, and patriarchal systems of oppression.”

China has long been accused of being one of the largest human rights abusers in the world.