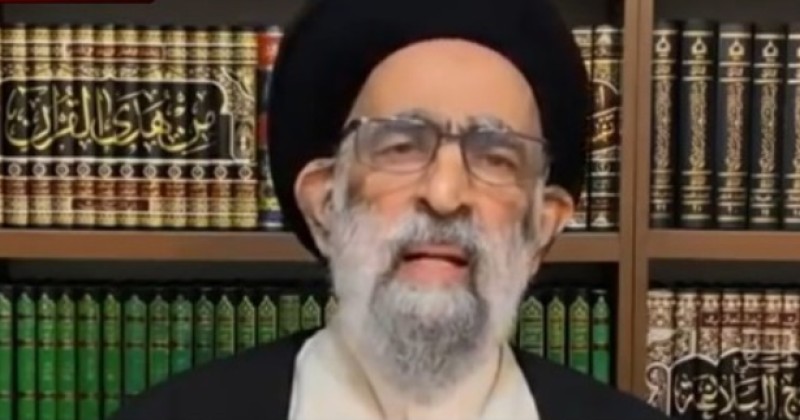 An Islamic scholar who said the coronavirus was “Allah’s punishment” for China’s treatment of Muslims now has coronavirus.

Back in February, Hadi Al-Modarresi, who is based in Iran, said that the coronavirus outbreak was “undoubtedly an act of Allah that is divine punishment against the Chinese for their treatment, mockery, and disrespect towards Muslims and Islam,” reported MEMRI-TV.

“It is obvious that the spread of this virus is an act of Allah. How do we know this? The spread of the coronavirus began in China, an ancient and vast country, the population of which makes up one seventh of humanity,” said Al-Modarresi.

Iraqi Islamic Scholar Hadi Al-Modarresi, Prior to Being Infected with Coronavirus: The Virus Is a Divine Punishment against the Chinese pic.twitter.com/7NiQki6qBy

“More than a billion people live in that country. The authorities in that country are tyrannical and they laid siege to more than a million Muslims and placed them under house arrest. The journalists in that country began to mock the niqab of Muslim women and they forced Muslim men to eat pork and drink wine. Allah sent a disease upon them and this disease laid siege to 40 million [Chinese people]. The same niqab that they mocked has been forced upon them, both men and women, by Allah, by means of the state authorities and officials,” he added.

It is now being reported that Al-Modarresi has contracted coronavirus, meaning that Allah must obviously be punishing him for wrongdoing.

The scholar tweeted to his almost 1 million followers with a prayer to Muhammad and the revelation that “The health of His Eminence is in a marked improvement.”

Twitter users reacted with little in the way of sympathy.

“He shows a great capacity for convoluted reasoning. Of course it is all based on 7th century logic,” added another.