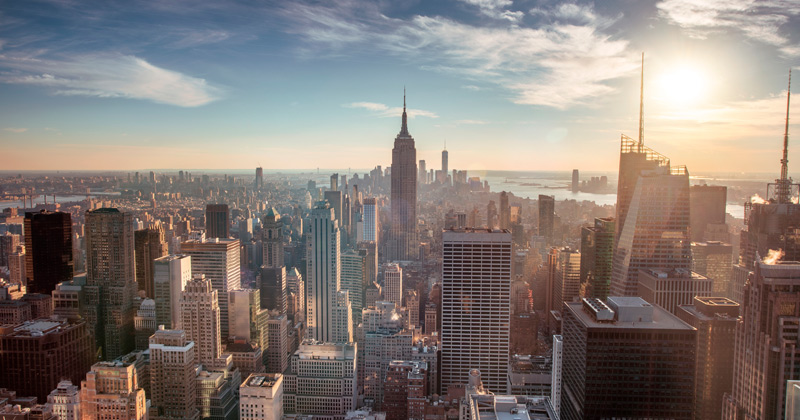 Data released from New York state show that the vast majority of Empire Staters who supposedly died from the Chinese Virus had at least one underlying disease or condition, and that almost the same number of people were more than 60 years old.

And even those in a younger cohort who died also had other health problems called comorbidities.

The latest data show that healthy young people aren’t likely to die from the disease, and invite the question of why quarantines are directed at the whole population, rather than the most vulnerable — the sick and the elderly.

The Numbers
Perhaps the most telling numbers are those that show the vast majority who have died suffered underlying illnesses or conditions: 4,732 out of 5,489 of the deceased, or 86.2 percent.

For instance, of those victims 80 to 89 years old, 836 had high blood pressure, 488 had diabetes, and 227 had coronary artery disease. Another 157 suffered kidney disease, 148 had chronic obstructive pulmonary disease, 136 had cancer, and 132 had congestive heart failure.

Those figures are similar in the 60-69 age cohort: 572 had high blood pressure and 444 had diabetes, while 133 suffered with kidney disease and 119 with coronary artery disease. Another 88 had cancer and 46 had congestive heart failure.

Yet even younger carriers suffered with other potentially fatal diseases.

Of those who died between ages 40 and 49, 83 had high blood pressure, and 77 had diabetes. Eighteen suffered with kidney disease, while eight had coronary artery disease and four had congestive heart failure.

Nine people in the 20-29 cohort had diabetes and four had high blood pressure.

The data also confirm that the most vulnerable cohort is 50 years or older: 93 percent of those who have died were 50 or older, and 82.3 percent were 60 or older.

Not surprisingly, those figures mesh almost exactly with those who suffered underlying disease: Victims 50 years and older suffered 96.8 percent of comorbidities.

The more than 5,400 people who have died in New York had more than 9,500 underlying illnesses or conditions, which means, not surprisingly, that some suffered with more than one.

Only 32 people younger than 30 years old have died.

A significant number of deaths have occurred in New York City, and Nassau, Suffolk, and Westchester counties. The hardest-hit areas of the city are the Bronx, Queens, Brooklyn, and Manhattan.

Wrongly Attributed Deaths?
Yet attributing those deaths to SARS-CoV-2 might suggest the disease is more deadly than it really is.

At a White House news briefing yesterday, Dr. Deborah Birx, who heads the White House virus task force, noted that other countries are not attributing to the virus every death of someone who has it.

“There are other countries that if you had a pre-existing condition, and let’s say the virus caused you to go to the ICU [intensive care unit] and then have a heart or kidney problem,” she said. “Some countries are recording that as a heart issue or a kidney issue and not a COVID-19 death. The intent is … if someone dies with COVID-19 we are counting that.”

Asked whether the numbers could skew data the government is trying to collect, Birx said that would mostly apply more to rural areas where testing isn’t being implemented on a wide scale.

“I’m pretty confident that in New York City and New Jersey and places that have these large outbreaks and COVID-only hospitals. … I can tell you they are testing,” she said.

Yet celebrity pathologist Michael Baden, who has cast doubt on the judgment that Wall Street financier Jeffrey Epstein killed himself, said including those fatalities in the body count would not be unreasonable, at least until an autopsy showed otherwise. “In the normal course, autopsies would then determine whether the person died of the effects of the COVID virus, whether the person had a brain tumor or brain hemorrhage for example that might be unrelated to it and what the relative significance of both the infection and the pre-existing disease is,” he told Fox News.