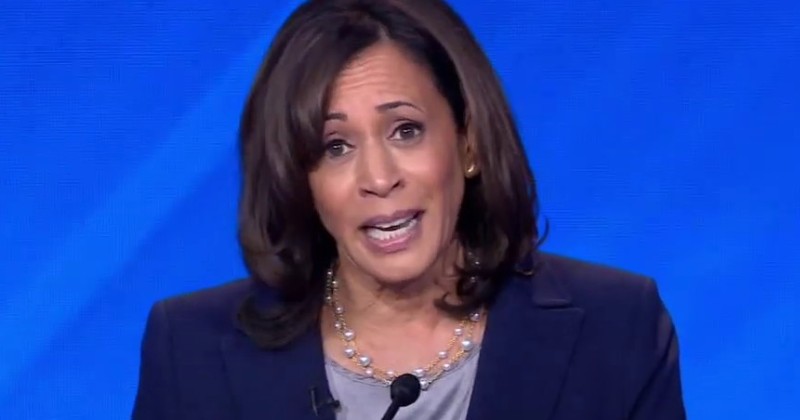 Could “harm” someone with his words.

Senator Kamala Harris has demanded that Twitter ban President Trump because his words “could result in harm to other people.”

Appearing on CNN Monday night, Harris asserted that Trump’s suggestion that Rep. Adam Schiff should be arrested for treason crossed the line.

“Frankly, when you look at what he’s been tweeting today, directed at the whistleblower, directed at so many people, I frankly, think that based on this and all we’ve seen him do before, including attacking members of Congress that frankly his Twitter account should be suspended,” said Harris.

“I think there’s plenty of now evidence to suggest that he is irresponsible with his words in a way that could result in harm to other people. And so the privilege of using those words in that way should probably be taken from him,” she added.

Harris re-iterated that Trump “could subject someone to harm” as a result of his words and that Twitter should take action.

“If he’s not going to exercise self-restraint, then, perhaps, there should be other mechanisms in place to make sure that his words do not in fact harm anyone,” she said.

Twitter has repeatedly made it clear that it won’t ban Trump whether the president violates their rules or not.

“Blocking a world leader from Twitter or removing their controversial Tweets would hide important information people should be able to see and debate,” the company said last year.