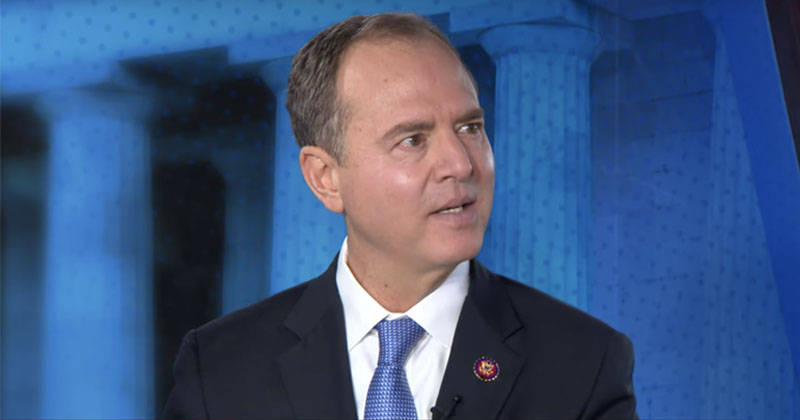 House Intelligence Committee chairman Rep. Adam Schiff (D-Calif.) said that there doesn’t need to be a “quid pro quo” for President Trump to be impeached.

During an appearance on CBS’ “Face The Nation” on Sunday, Schiff appeared to move the goal posts once again, asserting that Trump committed an impeachable offense despite lack of evidence of a quid pro quo in Trump’s phone call with Ukraine’s president.

“Well, we’re keeping our focus right now on the president’s coercion of an ally, that is Ukraine, to create this sham investigations into his political opponent,” Shiff said.

“We have discovered in very short order not only the contents of that call but also the preparatory work that went into that call. The effort to condition something the Ukrainian president deeply sought, that is, a meeting with the president, to establish this new president to the Ukraine had a powerful patron in the United States that was vital importance to Ukraine, that was being conditioned as digging up dirt on the Bidens.”

“There doesn’t need to be a quid pro quo,” Schiff continued. “But it is clear already from the text messaged that this meeting that the Ukraine president sought was being conditioned on their willingness to interfere in the U.S. to help the president. That is a terrible abuse of the president’s power.”

“Whether that abuse goes further, that is the withholding of military aid as leverage. There is certainly strong indication that’s is true as well. We will get to the bottom of it. Here you have a president of the United States abusing his power to the detriment of our national security. And doing so yet to get another foreign country to intervene in our election. It’s hard to imagine more of a corruption of the office than that.”

The reason for Schiff’s sudden dismissal of a “quid pro quo” is obvious: the transcript of the Ukraine phone call released by Trump directly contradicts Democrats’ assertion that he somehow pressured Ukraine President Zelensky to investigate Joe Biden.