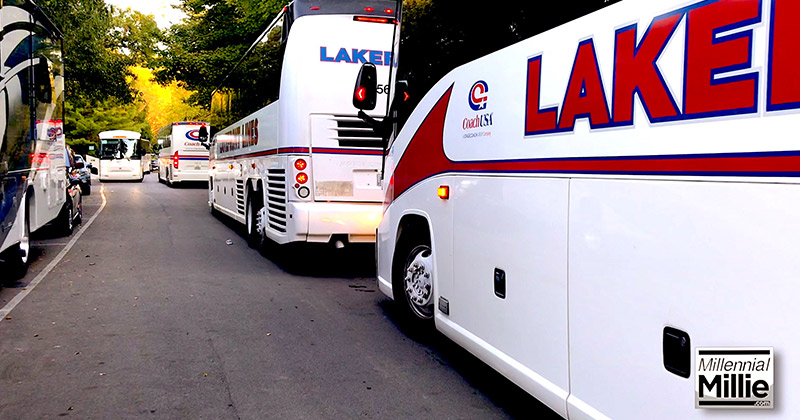 Democrats are notorious for bringing in out-of-state supporters

The buses just so happened to be chartered by SEIU, the Service Employees International Union, which is one of the largest leftist only unions that happens to own Amalgamated Bank (AMAL) which exclusively funds progressive NGOs, the DNC and Democrat party candidate campaigns through loans.

Amalgamated Bank (AMAL) is not only tied to the DNC and Democrat party candidates, but it funded the Occupy Wall Street movement, Black Lives Matter and other radical leftist protest groups.

AMAL was investigated and taken to court by the FDIC for allowing too many delinquent loans to go unpaid.

The current CEO and president of AMAL is Keith Mestrich, former executive to SEIU, who currently is on the board of directors for Democracy Alliance, founded by George Soros.

Millie Weaver recently interviewed investigative journalist Tore of Red State Talk Radio and Lauraloomer.us about AMAL and how they may be using union workers’ pension funds and investments as leveraged assets to borrow against to fund their Democrat and progressive agenda.