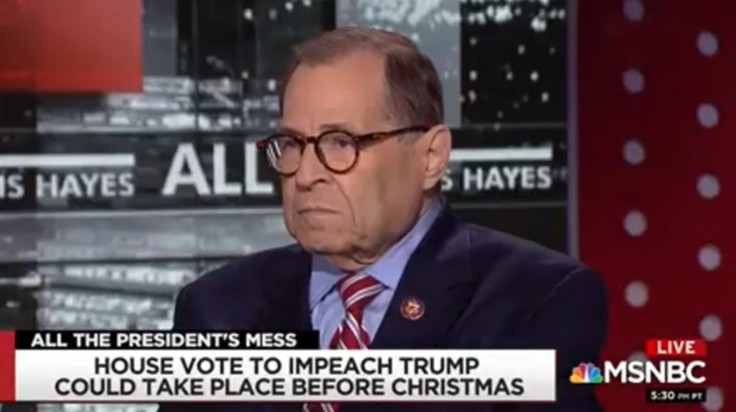 In an interview on Thursday night on MSNBC, House Judiciary Committee Chairman Rep. Jerry Nadler (D-NY) told host Chris Hayes there is a “possibility” that the Senate will remove President Trump from office given the results of the off-year elections earlier this week.

CHRIS HAYES, MSNBC HOST: Do you see the process as possibly ending in the removal of the president of the United States? Is that a live possibility in your mind?