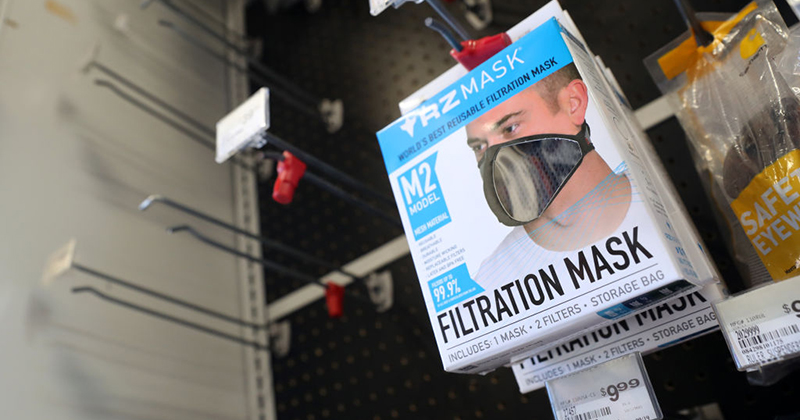 This is an extremely insidious virus

Dr. Matt McCarthy, a staff physician at New York-Presbyterian Hospital, just went on national television and warned that there will be “thousands” of confirmed coronavirus cases inside the United States “by next week”.

I certainly hope that he is completely wrong, but obviously he has a better vantage point for observing the progression of this outbreak than any of us do.

As an emergency room doctor in New York, he is dealing with potential COVID-19 cases every single day.

And as you will see below, he says that he has had to “plead to test people” and that it is a “national scandal” that more people have not been tested.

As I discussed in a previous article, up until just a few days ago the CDC has had extremely restrictive guidelines for who should be tested for the virus.  Only those that have visited China recently and those that have had close contact with a known victim were supposed to be tested.  Obviously this allowed a lot of potential victims to fall through the cracks, and now we have a major outbreak in the Seattle area.

Owen is joined by Dr. Shiva Ayyadurai to dive deeper into how viruses affect our bodies and how different vitamins protect us.

Why couldn’t we have been able to test anyone that wanted to be tested from the very beginning?  In South Korea, they have already “built drive-thru coronavirus screening locations”…

Health officials in South Korea tested 10,000 people for the coronavirus on Friday alone. This week, they built drive-thru coronavirus screening locations, giving hundreds of patients an assessment of their health in just 10 minutes.

The US announced its first coronavirus case on the same day South Korea did. But six weeks later, less than 500 potentially infected Americans have gotten tests, according to the US Centers for Disease Control and Prevention (CDC). The agency’s official test count — which had previously been updated daily — was stripped from the CDC site on Sunday, though US Secretary of Health and Human Services Alex Azar told ABC the same day that the US had tested 3,600 people.

There is absolutely no reason why we can’t do at least as well as South Korea.

And without a doubt, a lot of doctors around the country are quite upset about the current state of affairs.  During his appearance on CNBC, Dr. McCarthy explained that he literally has had to “plead to test people”…

“I’m here to tell you, right now, at one of the busiest hospitals in the country, I don’t have it at my fingertips,” he said. “I still have to make my case, plead to test people. This is not good. We know that there are 88 cases in the United States. There are going to be hundreds by the middle of the week. There’s going to be thousands by next week. And this is a testing issue.”

You can watch video of Dr. McCarthy making these comments right here.  The fact that he believes that there will be “thousands” of confirmed cases by next week should be making headlines all over the nation.  But so far it isn’t.

Ultimately, the CDC should be held accountable for dropping the ball so dramatically.  Not only have they not been testing enough people up until now, it also turns out that the test kits they initially sent out were “problematic and potentially inaccurate”.  The following comes from CNBC…

The CDC sent test kits earlier in the outbreak to public health labs around the country, but those kits were problematic and potentially inaccurate, CDC officials have since said. Because local clinicians can’t depend on the test kits, some have had to ship samples to a laboratory with the ability to run the tests, delaying the process of diagnosis and treatment.

This virus could become the biggest public health crisis of our lifetimes, and the CDC response has been a complete and total disaster.

At this point, coronavirus tests are still “not available yet in New York City”…

“Testing for coronavirus is not available yet in New York City,” city Department of Health spokeswoman Stephanie Buhle said in an email late Thursday. “The kits that were sent to us have demonstrated performance issues and cannot be relied upon to provide an accurate result.”

There is no excuse.

For weeks, hospitals all over the nation have had to send samples to the CDC for testing, and that has greatly limited the number of Americans that have been able to be tested.

If you can believe it, only 32 people in the entire state of New York have been tested so far, and Dr. McCarthy is calling that “a national scandal”…

“In New York state, the person who tested positive is only the 32nd test we’ve done in this state,” he said. “That is a national scandal.”

Of course he is right.

The mainstream media should be hammering this story like there is no tomorrow, but other than CNBC they have mostly been ignoring it.

Did officials at the CDC think that if they just neglected this crisis that it would go away?

A lot of people have been comparing COVID-19 to the flu, but that is not true at all.

This is an extremely insidious virus.  Once it gets into the lungs, it starts killing cells as it moves along.  And once enough cells are killed off, it becomes increasingly difficult to breathe…

It does this by attaching to and reproducing in tissue inside the lungs, where it kills cells in the process of spreading.

As the cells are killed they drop off the lungs’ linings and build up in clumps inside the organs, making it hard to breathe and triggering further infections.

The virus can also send the immune system into overdrive as it tries to fight off infection, triggering swelling which can lead to more breathing difficulties.

Does that sound like something that you want to catch?

Unfortunately, this virus is now out of control inside the United States.  Newly confirmed cases are constantly popping up all over the country, and this crisis threatens to greatly accelerate our existing problems.

I truly hope that what we are facing is not nearly as dire as Dr. McCarthy is making it out to be.  But nobody can deny that he is on the front lines of this battle every day, and right now he is warning that we have a complete and utter nightmare on our hands.

By the way, people who know what’s coming are taking advantage of our healthy & delicious storable food!