Washington DC Mayor Bowser painted a giant ‘Black Lives Matter’ message on the street to the White House on Friday.
The painting was commissioned by the far left mayor.

She can’t control her streets from rioters but she can use taxpayer money to paint a slogan on the street to the White House.

This message in yellow paint spans two blocks on 16th Street to the White House. 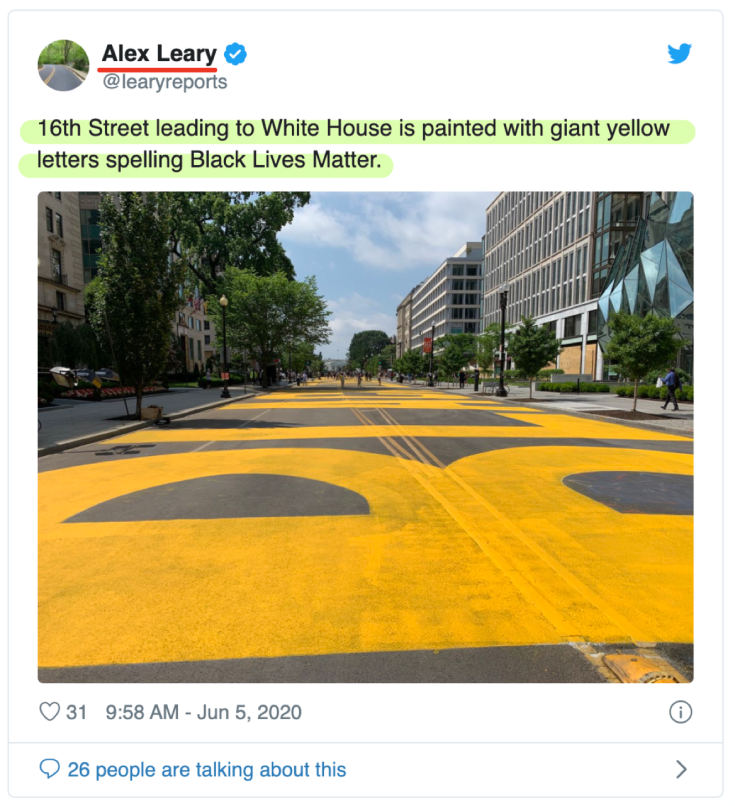 “The painting of 16th St with “BLACK LIVES MATTER” is an effort not only blessed by Washington DC Mayor Muriel Bowser but initiated by her,” said the mayor’s spokeswoman LaToya Foster to CNN.

“The painters are contractors directed by the Mayor. They have been at it since 2 or 3 in the morning.”

Washington has been the site of more than a week’s worth of protests in response to the death of George Floyd at the hands of Minneapolis police officers. St. John’s Church, the site of President Trump’s roundly criticized photo opp during a peaceful protest, sits along the expanse of road that now bears the BLM message. They will continue this weekend, including one on Saturday that is expected to yield a large turnout.