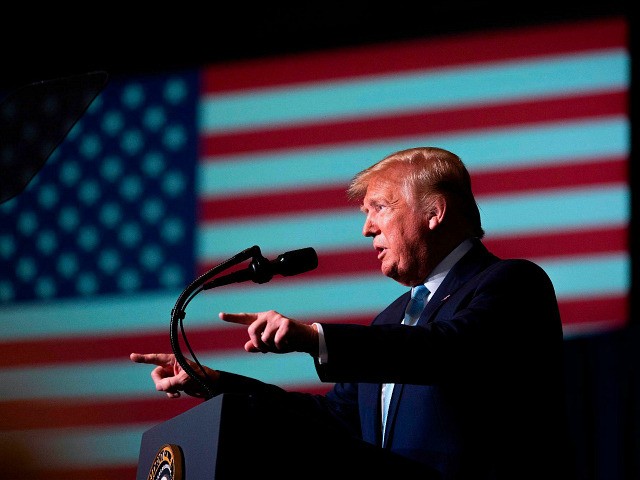 The unemployment rate fell to 13.3 percent and payrolls unexpectedly rose by 2.5 million workers as the easing of restrictions on business activity and government aid led to new hiring in May.

The U.S. unemployment rate fell below last month’s record-high 14.7 percent, which was the highest on record in data going back to 1948. Economists estimate that the unemployment rate reached 25 percent during the Great Depression, although that predated the scientific economy-wide record keeping the government now deploys.

The job gains mark a sudden turnaround from a month earlier, when the economy shed a staggering 20.5 million jobs, by far the worst monthly decline on records back to 1939.

Economists had expected the unemployment rate to rise to nearly 20 percent and the economy to shed an additional 8 million jobs.

The mandatory closures of many businesses and stay-at-home orders slammed what had been a very healthy labor market hard. The economy added jobs for 113 straight weeks through February, a record streak of growth. The unemployment rate was 3.5 percent in February. And yet job creation was running very hot, with the economy adding an average of 211,000 new jobs each month.

The government has undertaken unprecedented efforts to support employment and provide aid to those who have lost their jobs. Around 150 million taxpayers received stimulus payments of up to $1200 for adults in their household plus additional amounts for children. The Treasury’s Paycheck Protection Program is backing $669 billion of loans to small businesses that can be forgiven if borrowers do not lay off workers. The federal government has been providing an additional $600 on top of state unemployment benefits, paying some Americans more than they earned on the job.

Recent data suggest the labor market has been stabilizing and is now improving. The number of people applying for unemployment benefits has declined every week since hitting a record high 6.8 million in March. Last week, this number fell to around 1.8 million. Over 40 million new claims have been made for unemployment since the wave but ongoing claims are just over 20 million, indicating many Americans have been rehired after losing jobs.

In May, employment in leisure and hospitality jumped by 1.2 million after falling by 7.5 million in April and 743,000 in March. Bars and restaurants hired an additional 1.4 million workers following a combined 6.1 million in job losses in April and March.

Construction employment jumped by 464,000 in May, gaining back almost half of April’s decline.

Manufacturers added 225,000 jobs, about evenly split between the durable and nondurable goods components. Twenty-eight thousand of those were in auto making plants.