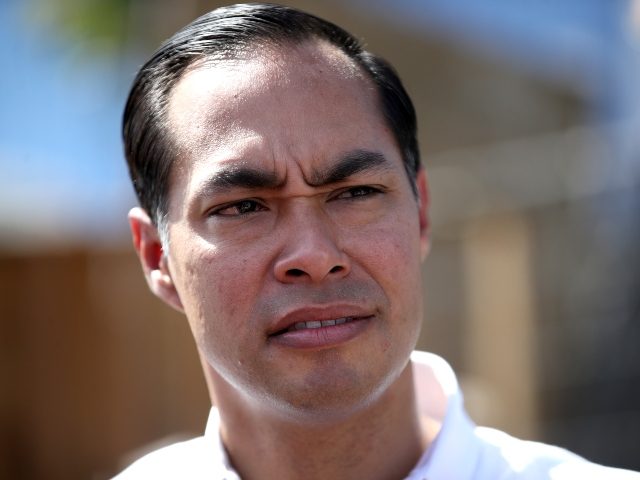 Democrat presidential hopeful and former Housing and Urban Development Secretary Julián Castro called for “not only impeachment, but removal” of President Donald Trump in a recent interview.

Castro’s remarks came during NPR’s “Off Script” series with host Lulu Garcia-Navarro, where he was questioned on an array of subjects including his campaign and impeachment.

“I believe that Trump is trying to do to Joe Biden what he did to Hillary Clinton, that he’s trying to take a public servant that has served honorably over the years and muddy their reputation with false accusations that, in this case, have been investigated,” Castro told Garcia-Navarro.

“I disagree with Vice President Biden on immigration, on health care, as people saw at the last debate, and a number of other issues,” Castro added. “But I believe that he’s fundamentally an honest and honorable man.”

The interview then shifted towards impeachment, and Castro was asked whether he believed “it’s the best thing for the country.”

“Well, I believe the best thing for the country would be not only impeachment, but removal,” Castro replied. “This president has violated his oath of office. He has abused his power. People can read that in that transcript.”

Castro then claimed Trump had used his position as president to “boost himself” and his own interests.

“In unprecedented ways, he has used the office of the presidency to boost himself and put his own self-interest above the national interest,” Castro asserted. “How much more evidence do people need that this man should not be anywhere near the Oval Office?”

Later in the interview, Castro was pressed on poor polling numbers for his campaign out of Nevada.

“The most recent poll in Nevada showed not good news for you,” Garcia-Navarro told Castro. “You did not have great numbers – in fact, close to 0%. It’s a state with a lot of Latinos. That’s got to have hurt to see that you didn’t do as well as you may have hoped.”

“But is it sending a signal to you that perhaps it might be time to move on to something else?” Garcia-Navarro asked Castro.

“Not at all. Not at all,” Castro responded. “We have four months until Iowa votes and 4 1/2 months until Nevada caucuses. And so we’re going to keep working hard in this campaign.”