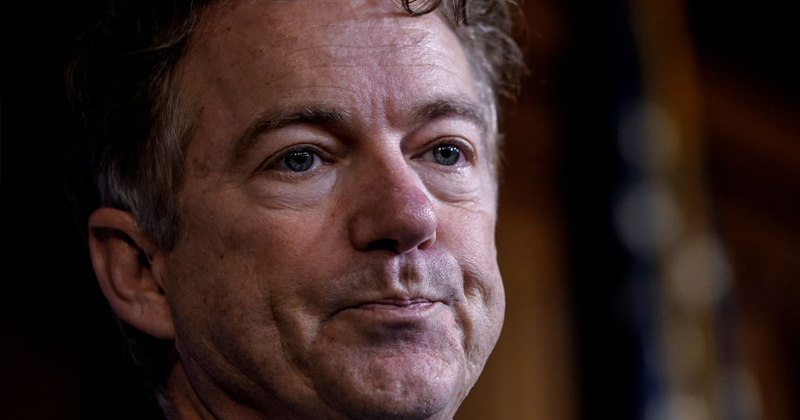 Paul called the move ‘A chilling and disturbing day in America’

Google-owned YouTube is proving their allegiance to the Democratic Party by assisting in the censorship of anyone who dares utter the name of alleged CIA “whistleblower” Eric Ciaramella.

Ciaramella is reportedly the individual who filed a complaint about President Trump’s phone call with Ukrainian President Volodymyr Zelensky, resulting in the Democrats’ latest impeachment witch-hunt.

After Chief Justice John Roberts refused to read a question from Sen. Rand Paul (R-KY) containing the name of the alleged “whistleblower” during the Senate impeachment trial in late January, Paul read the name himself during his floor speech.

Paul argued Justice Roberts singled out Ciaramella by refusing to read the question, saying, “By not allowing the question, he’s sort of confirming to the public who it is. I have no idea who it is.”

After footage of Paul’s floor speech was uploaded to YouTube, the video platform deleted the clip.

A YouTube spokesperson announced, “Videos, comments, and other forms of content that mention the leaked whistleblower’s name violate YouTube’s Community Guidelines and will be removed from YouTube.”

Don’t worry though, YouTube isn’t singling out Sen. Paul, spokesperson Ivy Choi also bragged, “We’ve removed hundreds of videos and over ten thousand comments that contained the name. Video uploaders have the option to edit their videos to exclude the name and reupload.”

Paul responded to the YouTube decision, telling Politico, “It is a chilling and disturbing day in America when giant web companies such as YouTube decide to censure speech,” adding, “Now, even protected speech, such as that of a senator on the Senate floor, can be blocked from getting to the American people.”

Continuing, Sen. Paul explained, “This is dangerous and politically biased. Nowhere in my speech did I accuse anyone of being a whistleblower, nor do I know the whistleblower’s identity.”

The censored question Paul asked was, “Manager Schiff and counsel for the #president, are you aware that House intelligence committee staffer Shawn Misko had a close relationship with Eric Ciaramella when at the National Security Council together, and are you aware and how do you respond to reports that Ciaramella and Misko may have worked together to plot impeaching the President before there were formal House impeachment proceedings?”