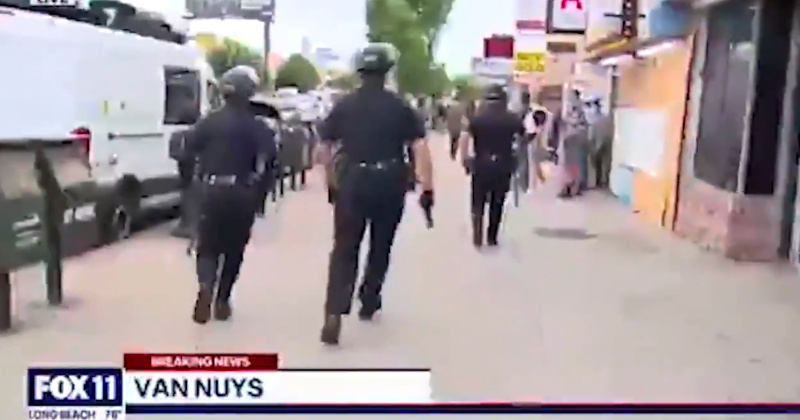 Police have detained store owners who used firearms to defend their premises from alleged looters in Los Angeles. The dramatic incident was caught in a live broadcast by a local news crew.

The tense standoff at the city’s Van Nuys neighborhood was filmed by a FOX 11 news crew.

According to the reporter at the scene, several vehicles drove up to a gold store, and a group of apparent looters attempted to enter the premises.

The people, identified by the reporter as the store’s owners, were heard yelling: “We’re closed, bro.” When the police arrived, several men had fled the scene, and were chased down by the officers.

The police handcuffed and detained the people that had come out of the shop, prompting the reporter to shout: “They’re the store owners! They’re protecting the store!”

Los Angeles is among the several major US cities that have seen massive protests, triggered by the death of George Floyd, an unarmed black man, during an attempted arrest by a white police officer, Derek Chauvin.

Chauvin was fired from the police force, arrested, and charged with third-degree murder and second-degree manslaughter. The news did not quell the protests, though. Many of the marches and rallies were peaceful. However, intense rioting, looting, and clashes with police occurred in many places as well, mostly during the afternoon and night.