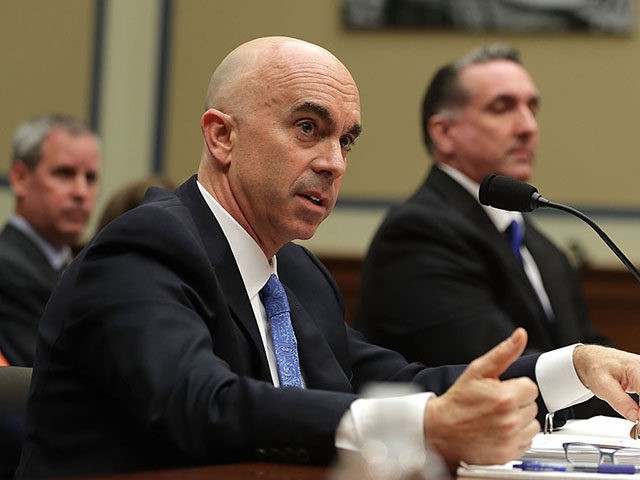 The inspector general (IG) at the U.S. Department of State has requested to provide an “urgent” briefing related to Ukraine to congressional staffers on Wednesday afternoon on a matter that he was made aware of four months ago, Breitbart News has learned.

A Trump administration official told Breitbart News that Steve Linick, the IG at the State Department who began his tenure under former President Barack Obama in 2013, “has been sitting on the alleged ‘urgent’ matter for four months.”

Citing anonymous sources, ABC News first reported the upcoming IG briefing to staffers from various committees in the House and Senate, noting that it came at the behest of Linick.

Linick is expected to focus on “documents obtained from the department’s Office of the Legal Adviser related to the State Department and Ukraine,” ABC News reported.

The administration official indicated to Breitbart News that the documents were initially turned over to a non-political lawyer in the civil service, who in turn gave them to Linick four months ago.

The details behind the “urgent” briefing “remain unknown,” ABC News acknowledged. However, it added:

Linick is expected to meet with congressional staff in a secure location on Capitol Hill.

The unusual nature and timing of the briefing – during a congressional recess – suggests it may be connected to a recent intelligence community whistleblower allegation which describes, in part, the State Department’s role in coordinating interactions between Rudy Giuliani, the president’s personal attorney, and Ukrainian officials.

On Wednesday, hours before the briefing, U.S. Secretary of State Mike Pompeo confirmed that he was on the July 25 call between Trump and his Ukrainian counterpart, Volodymyr Zelensky. The call is at the center of imminent impeachment proceedings that Democrats in the House have vowed to pursue.