It is blatantly obvious that Adam Schiff is one of the main architects of this coup against Trump and worked with the Brennan protege to help him craft the complaint.

Then just days after the whistleblower filed a claim of wrongdoing by President Trump, an aide to Schiff flew to Ukraine.

The trip by a staffer on the House Permanent Select Committee on Intelligence, on which Schiff serves as chairman, was “sponsored and organized by the Atlantic Council think tank,” Breitbart reported. “The council is funded by and routinely works in partnership with Burisma, the natural gas company at the center of allegations regarding Joe Biden and his son, Hunter Biden.”

So Schiff knew about the accusations well before the CIA spy filed a whistleblower complaint and planned accordingly.

Schiff colluded with the Deep State CIA spy. This is a conspiracy against President Trump. 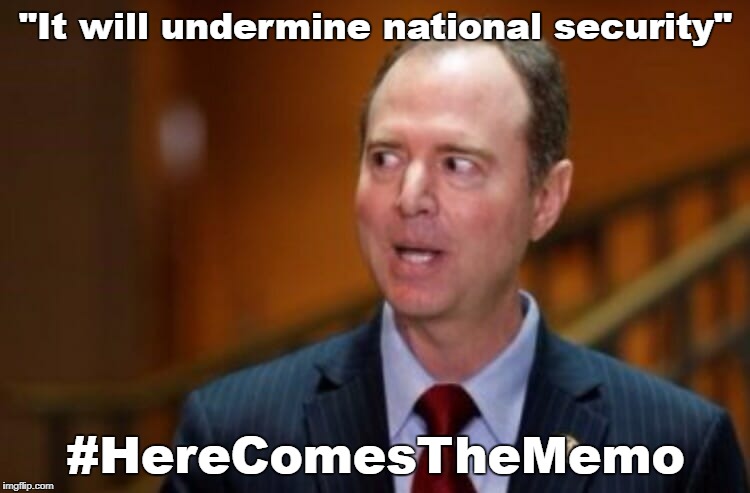 The Democratic head of the House Intelligence Committee, Representative Adam B. Schiff of California, learned about the outlines of a C.I.A. officer’s concerns that President Trump had abused his power days before the officer filed a whistle-blower complaint, according to a spokesman and current and former American officials.

Before going to Congress, the C.I.A. officer had a colleague convey his accusations to the agency’s top lawyer. Concerned about how that avenue for airing his allegations was unfolding, the officer then approached a House Intelligence Committee aide, alerting him to the accusation against Mr. Trump. In both cases, the original accusation was vague.

The House staff member, following the committee’s procedures, suggested the officer find a lawyer to advise him and file a whistle-blower complaint. The aide shared some of what the officer conveyed to Mr. Schiff. The aide did not share the whistle-blower’s identity with Mr. Schiff, an official said.

“Like other whistle-blowers have done before and since under Republican and Democratic-controlled committees, the whistle-blower contacted the committee for guidance on how to report possible wrongdoing within the jurisdiction of the intelligence community,” said Patrick Boland, a spox for Schiff.

The CIA spy filed a whistleblower complaint in order to remain anonymous under the Whistleblower Protection Act.

The Deep State spook filed a complaint on August 12 based on second-hand knowledge and hearsay of Trump’s July 25 phone call to Ukrainian President Volodymyr Zelensky, yet the Democrats are using this hit to push to impeach President Trump.

The ‘whistleblower’ alleged that Trump used quid pro quo to pressure Zelensky to investigate the Biden crime family — the Trump-Zelensky transcript was released and showed evidence to the contrary.

The whistleblower’s complaint was not written by a CIA officer, said former CIA analyst Fred Fleitz — the whistleblower had help and it looks life Schiff may be one of the people who helped him write the complaint.

Schiff not only helped this CIA spy from the beginning, he libeled President Trump and read a completely fabricated transcript of Trump’s call to Zelensky during a congressional hearing.

President Trump called for Adam Schiff to resign from Congress for the “crime of fraudulently fabricating a statement of the President of the United States and reading it to Congress.”

President Trump said Adam Schiff should be charged and arrested for treason.