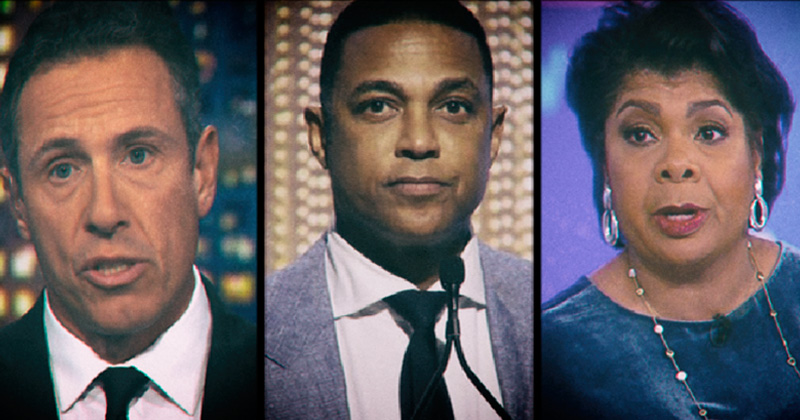 The mainstream media and even some Democrats couldn’t bring themselves to praise President Trump over his decision to raid and kill the infamous ISIS founder Abu Bakr al-Baghdadi.

Instead, they deployed every form of spin and criticism they could muster in attempt to make Trump look bad for vanquishing the world’s most wanted man.

Here are a few examples:

Some pundits lamented that killing ISIS members only reinforces their murderous ideology.

Admiral James Winnefeld tells @margbrennan that he's worried about Trump's "piling on" by describing al-Baghdadi as a "dog." Says it sends a signal to followers "that could cause them to lash out possibly more harshly in the wake." pic.twitter.com/L6y7a17bm0

Trump compares watching a human getting killed to watching a movie pic.twitter.com/01d8ysFg3M

MSNBC's Vossoughian: I wonder here if this type of killing only reinforces the ideology of Baghdadi's followers pic.twitter.com/MoZHIfZ3Ws

CBS News Senior National Security contributor Mike Morell said he was “bothered” by Trump detailing Baghdadi’s death because it “inspires extremists.”
Vox editor Aaron Rupar lambasted Trump for saying that witnessing the raid against Baghdadi was like “watching a movie.”
A CNN correspondent compared Trump’s language about Baghdadi to ISIS’s hateful rhetoric.
Obama officials like his Vice Chairman of the Joint Chiefs of Staff criticized Trump for “piling on” the humiliation of ISIS’s defeat.
Obama’s former National Security Adviser Susan Rice said the successful raid was not “mission accomplished.”

A CNN panel condemned Trump’s “irresponsible” remarks about Baghdadi “dying like a dog.”

Getting back to business! CNN begins bashing Trump following the elimination of the ISIS leader. pic.twitter.com/wqA5HoAE6d

2020 Democrat presidential candidate Bernie Sanders refused to congratulate Trump or the U.S. forces who conducted the raid, instead giving credit to the Kurds in Syria.

"My understanding, interestingly enough, is that that mission was accomplished with information supplied by the Kurds, and as we know Trump has turned his back and betrayed the Kurds."pic.twitter.com/jC17h9ehPB

Fortunately, some journalists, like Glenn Greenwald, recognized the media’s shameful behavior and called them out on it.

"You know, it's a sad day in America when the Democrats can't stand up and thank the President, thank the U.S. military for taking out the leader of ISIS last night. That's a tragedy, here is the problem, Maria, the Democrats have impeachment obsession…" – @SteveDaines pic.twitter.com/b19vT6XVec