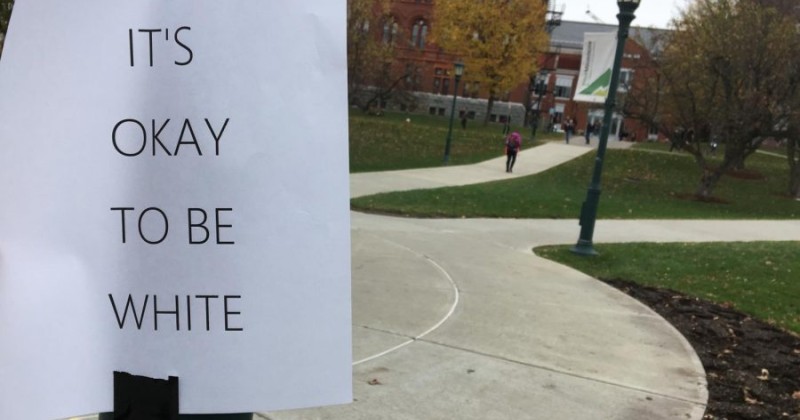 A valuable use of their resources.

The FBI is now investigating ‘It’s Okay to be White’ posters after the “hate filled flyers” were posted around the campus of Western Connecticut State University.

After the flyers were discovered, university president John Clark characterized them as a ‘hateful attack’. Other flyers also posted on campus said “Islam is right about women.”

“Have no doubt that we are treating this as an attack on our university community and making every effort to see that those responsible are caught and properly punished,” Clark wrote in a letter. “I am fully committed to the absolutely necessary goal this does not happen again. We must be ever vigilant to protect our university against these hateful attacks.”

Clark added that if any student was found to be responsible for posting the flyers, they would be expelled as well as hit with possible “criminal actions.”

The FBI office in New Haven was also alerted and is now investigating the flyers.

As we reported yesterday, similar flyers were posted at the Oklahoma City University School of Law, prompting authorities there to launch a “hate crime” investigation.

Why the FBI hasn’t got anything better to do with its resources God only knows.

It’s not as if the flyers even need “investigating,” since we already know their origin.

The whole thing was a product of 4chan trolls who sought to repeat their stunt of posting the flyers on Halloween to bait the media into whipping up another moral panic about racism.

By prodding progressives and the press into suggesting that it’s not ‘okay to be white’ as proven by their hysterical overreaction, the trolls are in the process revealing the actual racism of leftists.