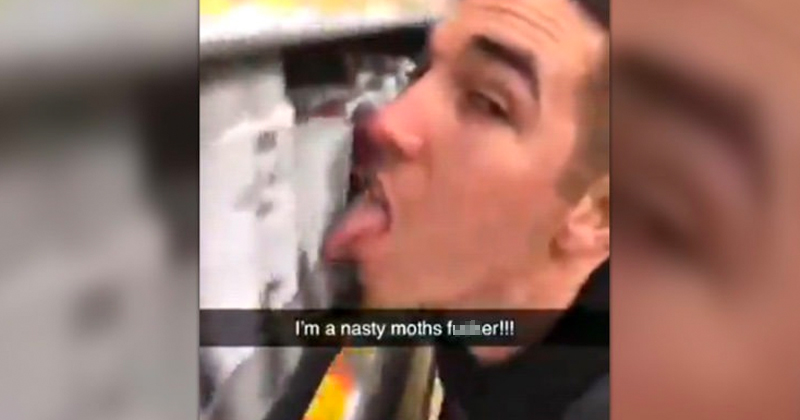 A Missouri man who filmed himself licking products at a retail store was reportedly charged with making terrorist threats.

In the video which went viral on social media, Cody Pfister, 26, asks, “Who’s afraid of the coronavirus?” before proceeding to lick several items at a Walmart in Warrenton.

The #CoronaVirusChallenge has evolved. Now these absolute fools are targeting grocery stores. 5-6 years in prison should be enough to make other wannabe internet-celebrities think twice before endangering the health of the rest of us. #Idiocracy #Modernity pic.twitter.com/mv6MXuTHBE

According to police, Pfister’s antics prompted anger across the globe, with people from several countries in Europe calling into the Warrenton Police Department to report the heinous act.

“A local resident who took a video of themselves licking the merchandise after making a ‘Corona Virus’ statement at Walmart and posting it to social media has been taken into custody,” Warrenton police wrote in a Facebook post.

“This particular video, which won’t be shared here, has gained some international attention and we have received numerous reports about the video from locals, nearby residents, as well as people from the Netherlands, Ireland, and the United Kingdom.”

“We take these complaints very seriously and would like to thank all of those who reported the video so the issue could be addressed,” they added.

The Riverfront Times reports Pfister, who made the video on March 11 and has previously been convicted of burglary and firearm theft, was charged with making a terrorist threat, according to court documents obtained by the media outlet.

“Pfister was taken into custody this week, and Warren County prosecutors charged him today. The charge is a low-level felony,” reports The Times’ Doyle Murphy.

“Pfister was booked into the Warren County jail without bond.”

Pfister was possibly making the video in relation to the new coronavirus social media challenge, which had people licking objects such as toilet seats for social media clout.

One YouTuber who took part in the challenge and posted a video of him licking the rim of a public toilet seat reportedly contracted coronavirus following the stunt.