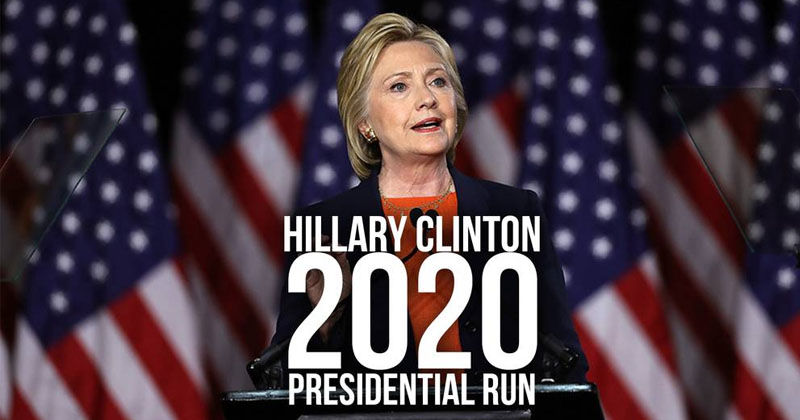 “Make no mistake. She wants it,” he added.”She’s planning on it. She’ll do everything she can to achieve it.”

Rumors that Hillary Clinton will once again run for President continue to abound. The latest comes in the form of long time Clinton advisor Dick Morris insisting that Hillary will become the Democratic nominee because she believes ‘she was put on Earth to be President’.

Morris served as an advisor to Bill Clinton while he was in the White House, and has ties to both Clintons going back decades.

“She’s hesitant because she realizes the timing is bad. In the old issue of sexual harassment, the focus has shifted from the perpetrator to the victims…when your focus is on the predator, that’s Bill Clinton’s problem, but when you look at the victim’s…that’s her.” Morris added, arguing that Hillary’s efforts to ignore her husband’s sexual indiscretions are taking a toll.

Morris claimed that Hillary is waiting for Joe Biden to inevitably drop out.

“She’s got to wait until Biden drops out because he’s obviously next in line for it, and if he goes away, there’s an opening for her,” Morris said.

“Make no mistake. She wants it,” he added.”She’s planning on it. She’ll do everything she can to achieve it.” he added.

In the past few weeks, Hillary has made several comments indicating she is at least considering another run.

During an appearance on PBS Newshour, Clinton teased a 2020 run against Donald Trump by bizarrely asserting, “Obviously I can beat him again.”

Clinton then fanned the flames of speculation about a third run for president again when she tweeted at Trump, “Don’t tempt me.”