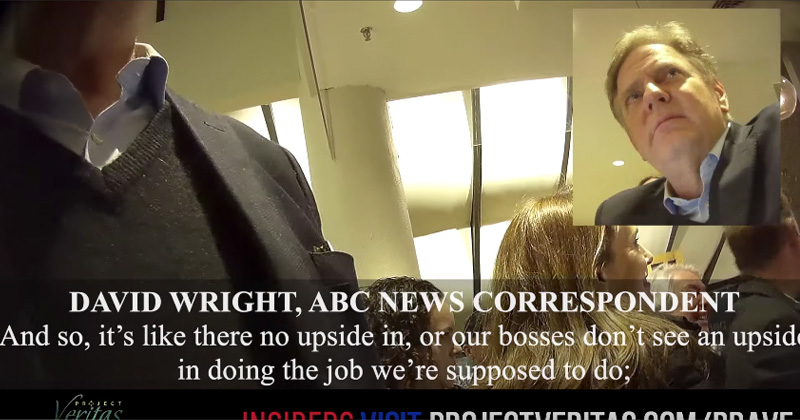 The Washinton Post reported that ABC News has suspended correspondent Wright “for unguarded remarks he made in a video by operatives of Project Veritas.”
In a statement to Project Veritas, ABC News said of the decision: “Any action that damages our reputation for fairness and impartiality or gives the appearance of compromising it harms ABC News and the individuals involved. David Wright has been suspended, and to avoid any possible appearance of bias, he will be reassigned away from political coverage when he returns.”