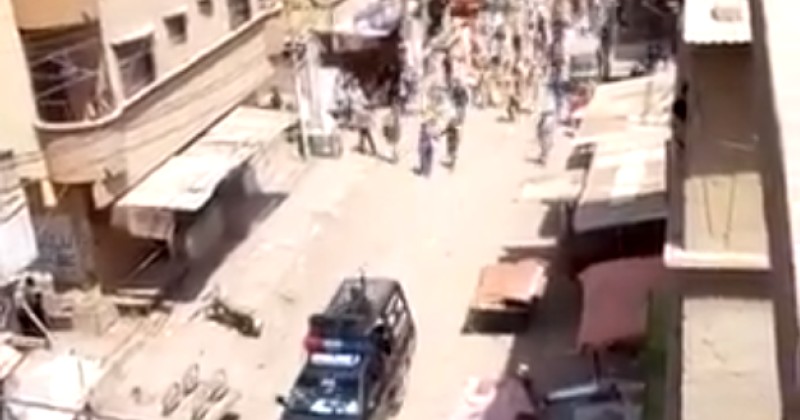 Social distancing proving to be a problem in Pakistan.

A video out of Karachi, Pakistan shows a violent mob chasing away a police car after authorities tried to shut down a local mosque as part of social distancing rules.

The clip shows a mob of hundreds of men pursuing the police cruiser while screaming and hurling rocks at the car.

Another clip shows one of the officers wearing a mask being manhandled by the crowd.

More from Karachi as Police try to stop Friday prayers at Mosquepic.twitter.com/ICftdDZMWA

According to the Business Recorder, “An Imam of a mosque in Liaquatabad area was holding Friday congregation prayers despite a ban imposed by the government from 12 noon to 3 pm. A large number of people also gathered in the mosque to offer Friday prayers.”

The Imam then incited the mob to attack the police, causing them to flee “in a bid to save their lives.”

A larger contingent of officers later reached the site and arrested the Imam along with three other people.

The situation is so dire that a top government official in France suggested not enforcing the law in migrant-heavy areas and keeping shops open in order to prevent riots.