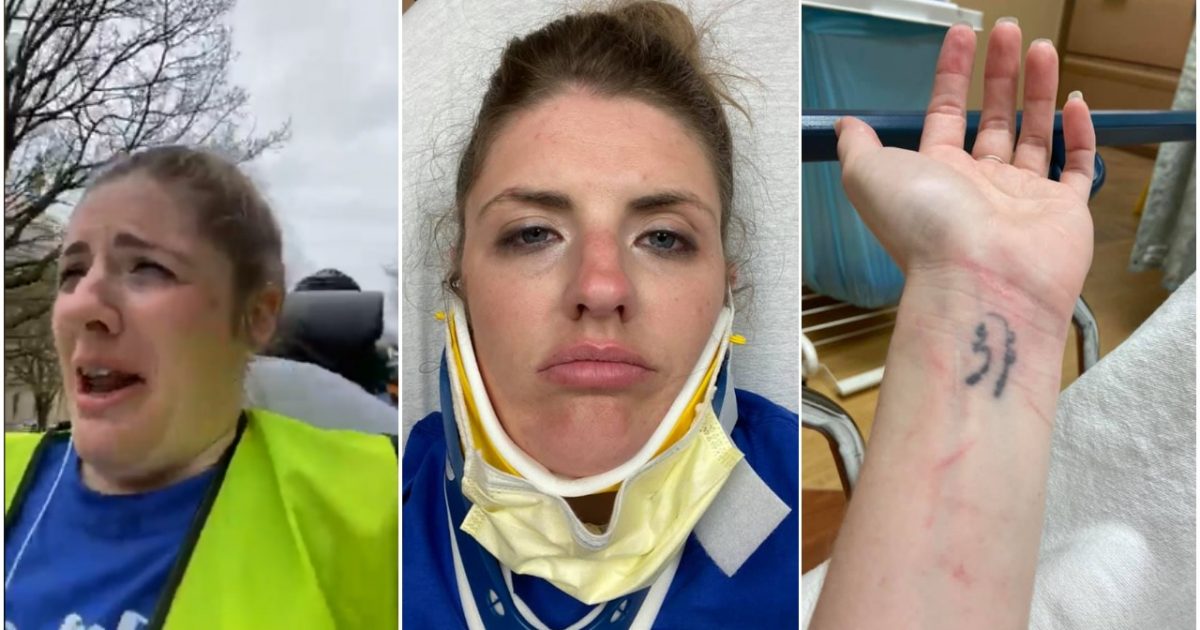 The fight against tyranny is intensifying quickly.

Anti-quarantine protesters in Michigan are claiming that they were accosted by security personnel while protesting inside the Capitol against the shutdown that is crippling the state economy.

Governor Gretchen Whitmer has been the target of high-profile protests in recent weeks due to her restrictions on Michigan citizens. Her goons have hassled Michigan residents for boating, cited people for gathering outdoors in private backyards, and put thousands of small businesses out of commission. This caused protesters to gather outside of her taxpayer-funded mansion last week, and commence the historic “Operation Gridlock” display that has since gone viral and spread throughout the country.

Graphic videos have been posted on social media of protesters being physically removed from the Capitol premises. One protester, Michigan United for Liberty organizer Wendy Darling, received particularly harsh treatment. During one stretch of the video, she can be seen having a panic attack. She reported suffering serious injuries and needing to be hospitalized because of how she was treated by security personnel in the Capitol.

“I went above and beyond to get extra press credentials today and then they wouldn’t let us in and wouldn’t let the Capitol Police come in and took upon theirself to assault and battery me,” Darling said in a video address to her supporters describing the abusive treatment she received while awaiting her X-rays in a local hospital.

“The numbness from the panic attack is wearing off. In a lot of pain. Whole right side of body, head, neck, back, my right wrist is the worst from the Friction burns,” Darling wrote about her incident in the Michigan United for Liberty group on Facebook.

She added: “Completely unnecessary. Illegal for so many reasons.”

Law enforcement is aware of the matter and are conducting an investigation into the case of blatant thuggery against these individuals who were exercising their 1st Amendment rights.

“One of the protesters — one of the citizens — that was removed from the House gallery was complaining of unspecified injuries. At her request, she was transported from the Capitol Building down to Sparrow Hospital. I have one of my detectives, sergeants, down at the hospital now that is interviewing her, taking her statement as to what happened and her account of what transpired. If she has any injuries, they will be documented and photographed and they will be included in our report that is sent to the prosecutor’s office,” said Michigan State Police 1st Lt. Darrin Green.

Darling is already one of the many individuals working on various lawsuits against the state over the governor’s unconstitutional edicts. Because of her mistreatment in the Capitol, Darling may be working on another lawsuit to redress the cruel and unusual punishment inflicted upon her earlier today in the future as well.