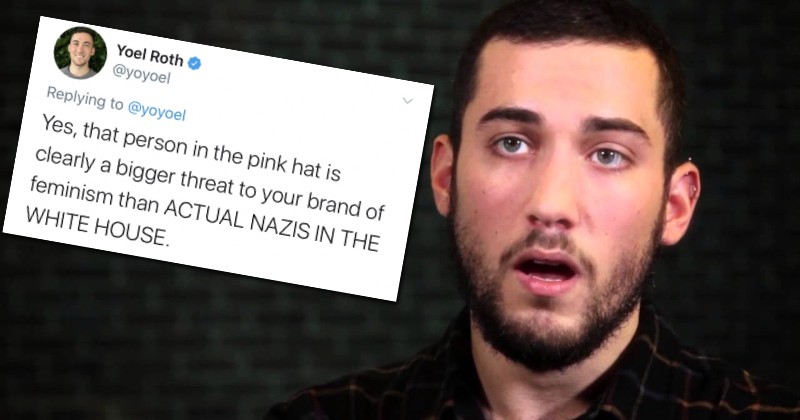 But you can trust him to be impartial.

After Twitter announced it would start ‘fact-checking’ President Trump’s tweets, it was revealed that the head of ‘site integrity’ at the social media giant thinks everyone who voted for Trump is racist and that there are “actual Nazis in the White House.”

After California Governor Gavin Newsom signed an executive order to ensure all voters will receive mail ballots for the election in November, Trump warned in a tweet, “Mail boxes will be robbed, ballots will be forged and even illegally printed out and fraudulently signed.”

Twitter then slapped several Trump tweets with a warning label that asserted, “there is no evidence that mail-in ballots are linked to voter fraud,” citing CNN and the Washington Post.

The warning also highlighted numerous tweets from blue check mark leftists claiming Trump was wrong. As we document, most of these individuals are obsessed with Trump and spend virtually every day hyperventilating about him on Twitter – hardly the “neutral” source one could rely on to provide a ‘fact check’.

This prompted Trump to later tweet, “Republicans feel that Social Media Platforms totally silence conservatives voices. We will strongly regulate, or close them down, before we can ever allow this to happen.”

It has now emerged that Twitter’s “head of site integrity,” Joel Roth, the leader of the team responsible for developing and enforcing Twitter’s rules, is a hardcore anti-Trump leftist.

“I’m just saying, we fly over those states that voted for a racist tangerine for a reason,” he tweeted in November 2016.

Roth also claimed that there were “ACTUAL NAZIS IN THE WHITE HOUSE,” something that probably wouldn’t stand up to a ‘fact check’.

Roth has been head of site integrity at Twitter since July 2018 and is responsible for “election security” and “misinformation,” meaning he almost certainly played a key role in the decision to ‘fact-check’ Trump’s tweets.

In the meantime, We await Twitter ‘fact-checking’ false claims about ‘Russian collusion’ or any other of the erroneous issues pushed by the blue check mark brigade that have proven to be spectacularly wrong.