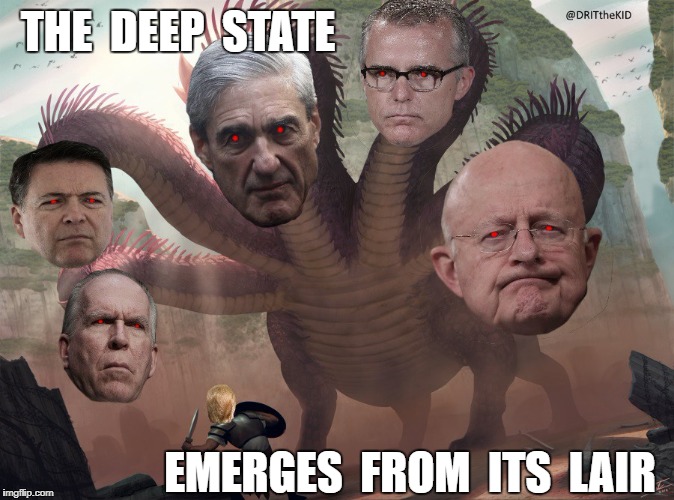 Just weeks after President Donald Trump was acquitted by the Senate of bogus partisan impeachment charges by the House of Representatives, a group of federal judges will hold an ’emergency meeting’ on Tuesday.

The judges will meet to discuss the intervention by Attorney General William Barr against the abusive proposed sentence for Roger Stone and the criticism by President Trump of the proposed sentence and the federal judge overseeing the case, Judge Amy Berman Jackson, as well as other actions by Barr and Trump regarding ‘politically sensitive’ cases before the judiciary.

The emergency meeting will be held via conference call with officers and members of the executive committee of the 1,100 member Federal Judges Association because, association president Judge Cynthia Rufe (a Bush 43 appointee) said, “We just could not wait until April to discuss matters of this importance.” The judges’ annual meeting is set for April 18-19 in Denver.

The meeting comes on the heels of a letter signed by over 1,000 former Justice Department Deep State operatives calling on Barr to resign for overruling the punitive sentence of 7-9 years in prison proposed by federal prosecutors for Stone. The four prosecutors in the case resigned in protest over Barr’s intervention.

Judge Jackson will preside over a phone hearing in the Stone case on Tuesday. Stone has asked for a new trial after it was reported last week the foreman of the jury that convicted him is a virulent anti-Trump Democrat who posted about Stone’s case.

A national association of federal judges has called an emergency meeting Tuesday to address growing concerns about the intervention of Justice Department officials and President Donald Trump in politically sensitive cases, the group’s president said Monday.

Philadelphia U.S. District Judge Cynthia Rufe, who heads the independent Federal Judges Association, said the group “could not wait” until its spring conference to weigh in on a deepening crisis that has enveloped the Justice Department and Attorney General William Barr.

“There are plenty of issues that we are concerned about,” Rufe told USA TODAY. “We’ll talk all of this through.”

…Rufe said the judges’ association is “not inclined to get involved with an ongoing case,” but she voiced strong support for Jackson.

“I am not concerned with how a particular judge will rule,” Rufe said, praising Jackson’s reputation. “We are supportive of any federal judge who does what is required.”

Rufe said the group has not decided how it will report the result of its meeting, if at all. “We just could not …wait until April to discuss matters of this importance,” she said.

“The Judges of this Court base their sentencing decisions on careful consideration of the actual record in the case before them; the applicable sentencing guidelines and statutory factors; the submissions of the parties, the Probation Office and victims; and their own judgment and experience,” Howell said in a written statement. “Public criticism or pressure is not a factor.”

The Federal Judges Association describes itself:

The Federal Judges Association (FJA) is a national voluntary organization of United States federal judges, appointed pursuant to Article III of the Constitution, whose mission is to support and enhance the role of its members within a fair, impartial and independent judiciary; to actively build a community of interest among its members; and to sustain our system of justice through civics education and public outreach.

The independence of Article III judges is assured under the Constitution by their appointment for life without diminution in pay. Nominated by the President of the United States and confirmed by the United States Senate, Article III judges are thus protected from intimidation, undue influence, coercion, or domination so that they may judge fairly and independently in every case, as the law and facts require.

Inevitably, from time to time, some judicial decisions are unpopular. The FJA, as an independent organization, can speak in one voice to protect the independence of the judiciary and to explain its significance to a free society. The Association expresses the collective view of Article III judges to other branches of government and the public on issues related to fair and impartial courts.