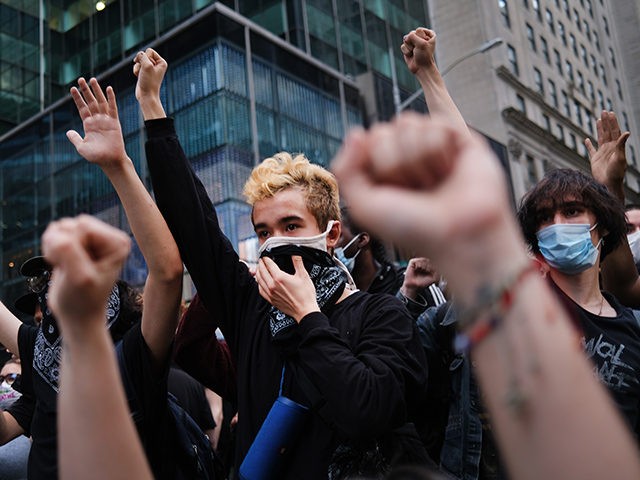 Shootings surged and murders were up over 100 percent in New York City last week as protesters flooded the streets, along with rioters who shattered windows and destroyed property.

The Post reported, “The increase in violence came as demonstrators marched city streets to protest the police killing of George Floyd in Minneapolis.”

The paper described the majority of protests as “peaceful,” but noted peaceful protesters were, at times, “overshadowed by looting and the destruction of stores in several boroughs.”

On June 9, 2020, Breitbart News reported Los Angeles witnessed a 250 percent surge in murders and a 56 percent increase in shooting victims during protest week.

The surge of violence in Los Angeles was mirrored by shootings and murders in other Democrat-controlled cities around the country.